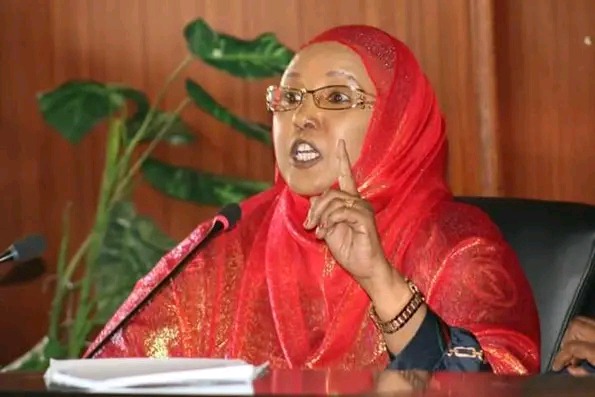 She made history by becoming the first female Member of Parliament in the entire North Eastern region. But today, Ijara MP Sophia Abdi is out after being trounced in the August 9 general election.

In a tight race, the veteran legislator was trounced by Abdi Ali Abdi, of the National Agenda Party of Kenya. Left with no option, Sophia Abdi has already conceded defeat.

Nominated to Parliament by ODM in 2007, Sophia quickly cemented her reputation as one of the most influential female politicians in the country.

During the 2017 general election, she was easily re-elected for a second straight term in Parliament and a third overall. But in 2022, she ran out of luck after being outsmarted and outfoxed by Abdi Ali.

Now officially out, the veteran politician facing a career defining moment as she ponders on her next political move. Will she completely quit politics? Can she reinvent herself in readiness for the 2027 general election?

DJ Evolve Has Given Fans A Reason To Smile After He Was Spotted Doing This.

Juliani Gifted A Bag Of "Mboga Za Kienyeji" By A Fan

Just in; A Seven Storey Building Collapses In Kirigiti Kiambu

Why Single Ladies Should Focus On Achieving Their Visions And Dreams