The fallout between President Uhuru Kenyatta and Dp William Ruto after the 2017 handshake has brought a new political trajectory as political analysts claim that its clear the Son of Jomo will back Raila's presidential bid in 2022 polls. 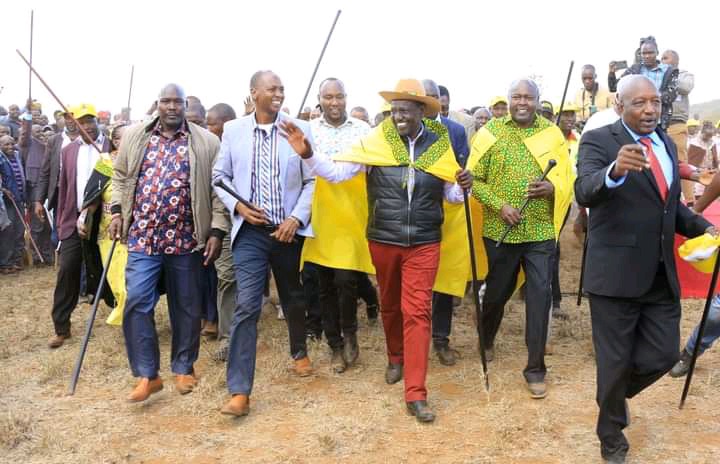 The political enmity between Uhuru and William Ruto were described as the "Dynamic Duo" in the 2013 and 2017 general elections is highly attributed to the handshake between the head of state and the ODM chief Raila Odinga. The promise of a 20 year Jubilee rule seems to have hit a rock end with the man from Sugoi forming his parallel UDA party. 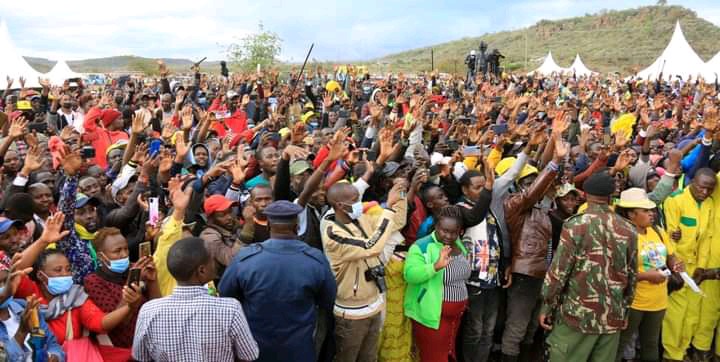 William Ruto has been boasting of his political prowess and promised Kenyans that he will do anything to succeed president Uhuru without requiring any endorsement. He has been working extremely hard holding numerous rallies across the country as well as cajoling top legislators to join his camp ahead of the 2022 polls. 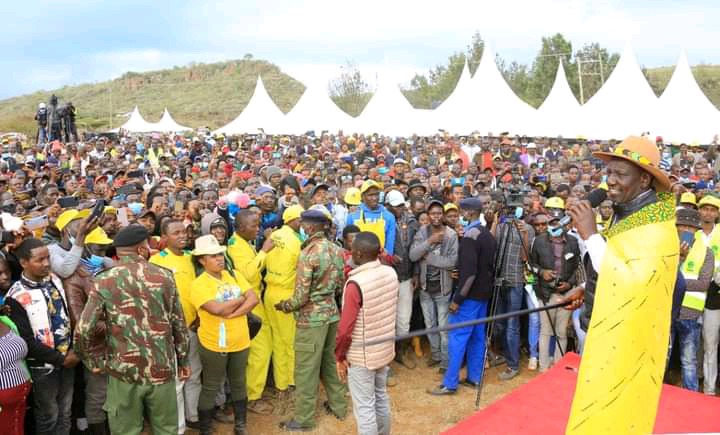 Today, the second in command took his campaign rally to Kajiado County with the company of top Tangatanga brigade who have been wooing Kenyans to join Ruto's camp. Its been revealed that Ruto was accompanied by top legislators including Philip Mpaayei(Kajiado), George Sunkuyia(Kajiado West), Ken Aramat(Narok East), Peris Tobiko(Kajiado East), Aden Duale(Garrisa Township), Kimani Ichungwah(Kikuyu) among others. 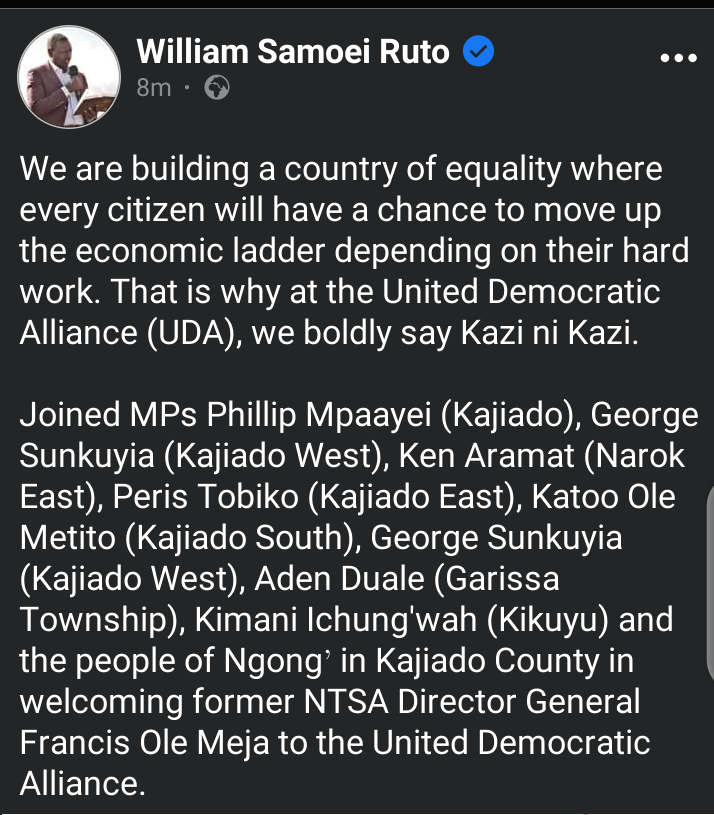 The deputy president also welcomed the former NTSA Director General Francis Ole Meja to UDA party. Here are some comments from Kenyans below: 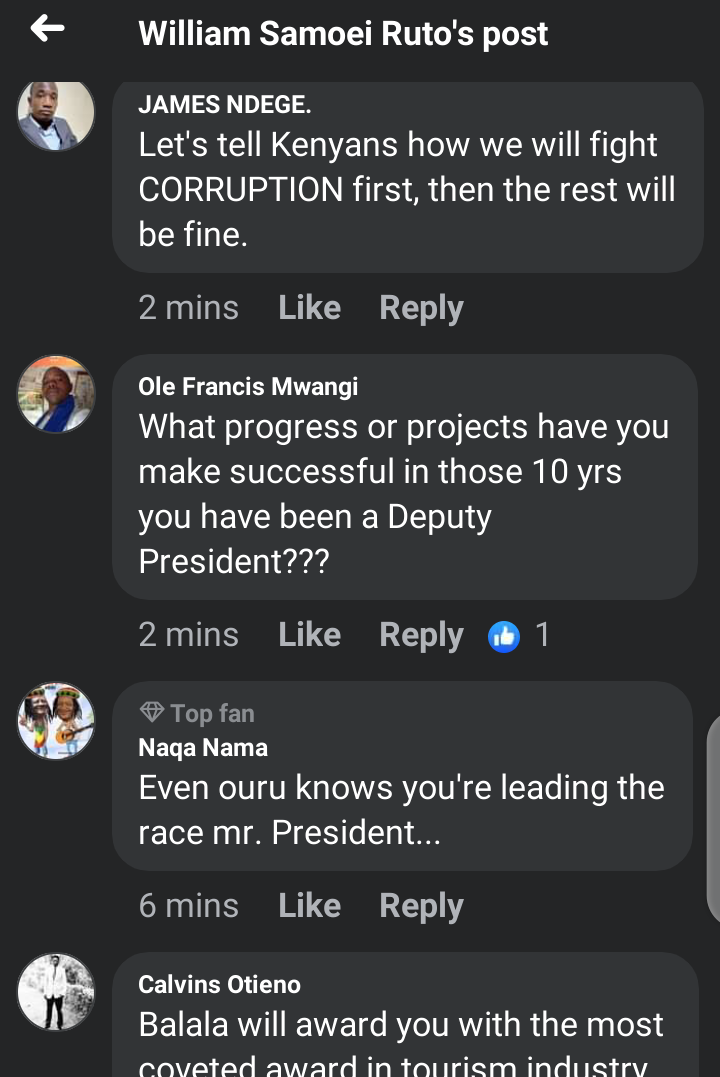