"I Refuse To Board The Boat Of Lies," Musalia Deals A Heavy Blow To Raila During His NDC At Bomas

The Amani National Congress party leader Musalia Mudavadi has on Sunday January 23rd been given a go ahead for the presidential candidature by thousands of leaders and members who are attending the party's National Delegates meeting. This comes after a very stiff week of planning to ensure everything goes on as planned.

The Week has also seen so much speculations as to what Mudavadi would point out concerning his next political move which he termed as an earthquake on the waiting. 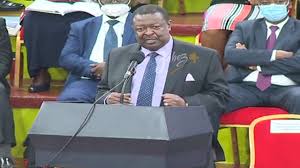 During the delegation, Musalia Mudavadi has firmly reiterated that his association with a state project is not something he considers. This harsh remarks are directed to the former Prime Minister and Orange Democratic Movement party leader Raila Amollo Odinga Raila Odinga which the country's second in command Deputy President William Ruto has been claiming and warning Kenyans on not to vote for a selected individual as their leader. 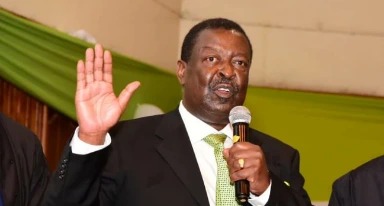 "Kenyans, we must reject political projects and sinister schemes in this year's general elections. Kenyans are tired, I Musalia Mudavadi has refused to board the boat of lies, I was never trained to be a liar, I will not begin lying to Kenyans in my ripe age," said Mudavadi attracting cheers from the crowd who stood in support of his remarks. 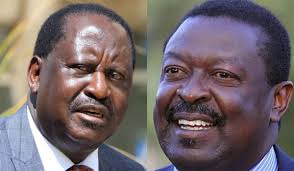 This surely Signals that the two prominent leaders are not on the same track as they used to be in the past. Their relationship Can only be termed as beyond reconciliation. This however is a warm gesture to the Deputy President William Ruto as he has continually castigated Raila Odinga of being President Kenyatta's project and planned successor in the August 9th General Elections.