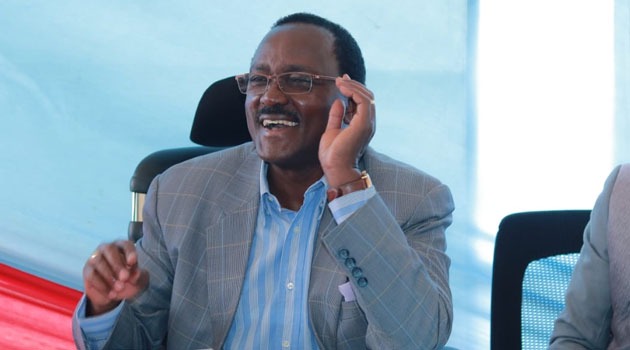 NAIROBI, Kenya, May 16 (Reuters) - Wiper leader Kalonzo Musyoka has announced he will be running for the presidency in the August 9 election after the party cut ties with the Azimio coalition led by Raila Odinga, citing fraud had.

To beat the Independent Electoral and Boundaries Commission's (IEBC) deadline for submitting contenders, Kalonzo introduced Andrew Sunkuli as his Vice-President-elect.

Musyoka said Monday at his party's command center that his decision was made after consultations with senior officials.

"When I said I would support Raila a third time, Kenyans had assumed it was obvious (that I will be a running mate," he said.

Kalonzo said he would have picked KANU chairman Gideon Moi as his running mate if One Kenya Alliance hadn't been "messed up".