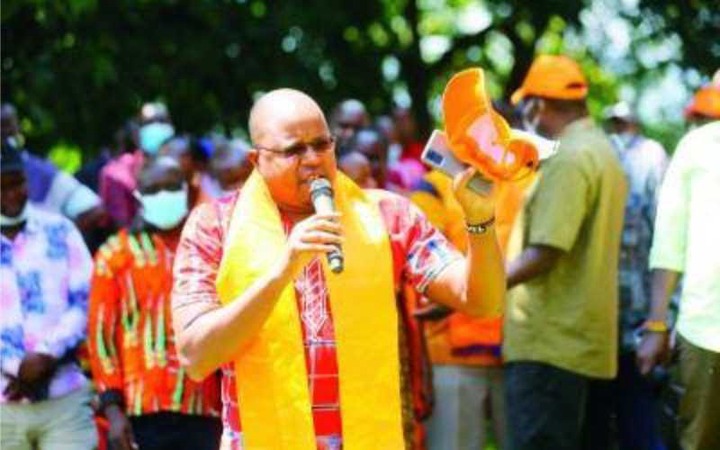 We won Bonchari by the will of God.

Our candidate Pavel Oimeke was never allowed enough time to campaign, he was harassed, intimidated & on many occasions trailed by police officers who ensured he never addressed planned meetings.

The Governor of Kisii HE James Ongwae who spearheaded the campaign had a fair share of the intimidation and near humiliation. His home was raided and unknown people driving unmarked cars trailing him all through. He is a seasoned politician and an astute public servant, and above all, God fearing, he pulled through.

The Kisii Woman Rep Madam Janet Ong’era was on the last day of the campaign forced to look for an alternative place to sleep. She was trailed by two vehicles as she drove to her home in the middle of the night after a day long of activities. Her driver was sharper than the trailers, they gave up.

ODM National Treasurer Hon. Timothy Bosire, a no nonsense man had his hotel room at UFANISI resort surrounded by dozens of police officers to stop him from joining team Oimeke on the Election Day. The giver of the orders thought Bosire, being the treasurer of the big party had ALOT OF MONEY. Infact they had carried money that they wanted to plant on him had they arrested him to justify their evil plans, they failed. SG Edwin Sifuna stood by his colleague and never left him. The cops were embarrassed for trying to do a silly thing.

On the eve of the by-election, a clever Pavel OIMEKE shook off a police dragnet by riding on a bodaboda to evade the planned arrest. He spent the night at a friend’s house. The cops camped outside his residence demanding to know where he was. After missing him, they demanded to know where his wife was, luckily, she had not arrived home. A worker rang her and informed her of the presence of suspicious looking men in plainclothes outside her residence, she spent the night at her friend’s home.

On the morning of the by-election, the father of Pavel OIMEKE’s wife was arrested as he walked out of the polling station, harassed and almost locked up. He was later released.

Hon. Janet Ong’era and SG Sifuna were trailed by three vehicles on the morning of the by-election. Their drivers drove faster than their trailers. Instructions had been given that Ong’era be arrested and locked up until the evening of the exercise. Remember, Timothy Bosire had been put under house arrest (in his hotel room). They did not manage, Janet and Sifuna were forced to coordinate activities the whole day from outside Kisii County.

Throughout the day, there were contingents of police officers in Bonchari, Infact the constituency is the smallest in Kisii County. But the deployment of thousands of police officers including two water canons used in Nairobi during demonstrations, was an indicator that something was cooking.

ODM employed proper mechanisms to deal with the shenanigans.

Funnily, in the evening, after all their plans failed and it was clear that the man they dreaded was on the verge of victory, the number of cops started reducing by minute.

Finally, ODM had the last laugh.

Despite the spirited campaign and spending of public money to try and buy the voters, they used their brains and minds to vote for their preferred person.

Eventually, Oimeke was declared the winner.

Glory be to God.

Content created and supplied by: Ongusu (via Opera News )

Chaos As Police Officer 'Eating The Forbidden Fruit' Is Pushed Off, Forced To Demand His Money Back