By Nonoo (self media writer) | 5 months ago 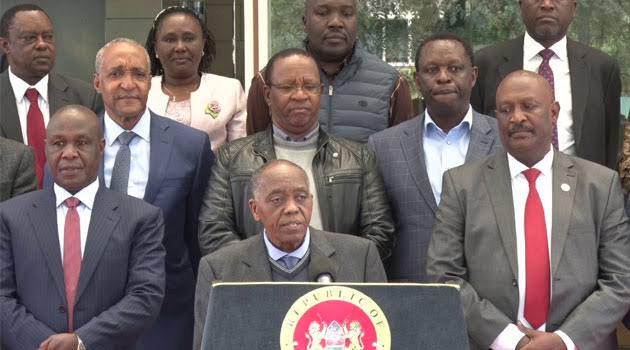 On Thursday, new information emerged about the behind-the-scenes standoff over what IEBC Chairperson Wafula Chebukati has called a State-orchestrated attempt to "moderate" the result of the presidential election.

Oraro stated in oral arguments before the Supreme Court regarding the combined presidential election suit that Chebukati had been properly notified of NSAC's intention to meet him at the National Tallying Centre.

He said that the electoral agency chairperson kept the NSAC delegation waiting for four hours despite being informed of the visit by Head of Public Service Joseph Kinyua by a phone call.

"The NSAC delegation arrived at Bomas to find no one there to greet them. They waited for four hours," Oraro told the court presided by by Chief Justice Martha Koome.

Specifically, the Attorney General's advocate was responding to an affidavit by IEBC Chairperson Chebukati, in which he claimed that NSAC delegations, including the Principal Administrative Secretary in the President's office Kennedy Kihara, Solicitor General Kennedy Ogeto, Inspector General of Police Hillary Mutyambai, and Lieutenant General Francis Omondi Ogolla (Vice Chief of Defense Forces), asked him to change the results of the election to force a run-off if Raila cannot be announced the winner.

In an affidavit, Chebukati informed the court that NSAC had warned him that the country is going to burn"if he declared William Ruto as President-Elect. 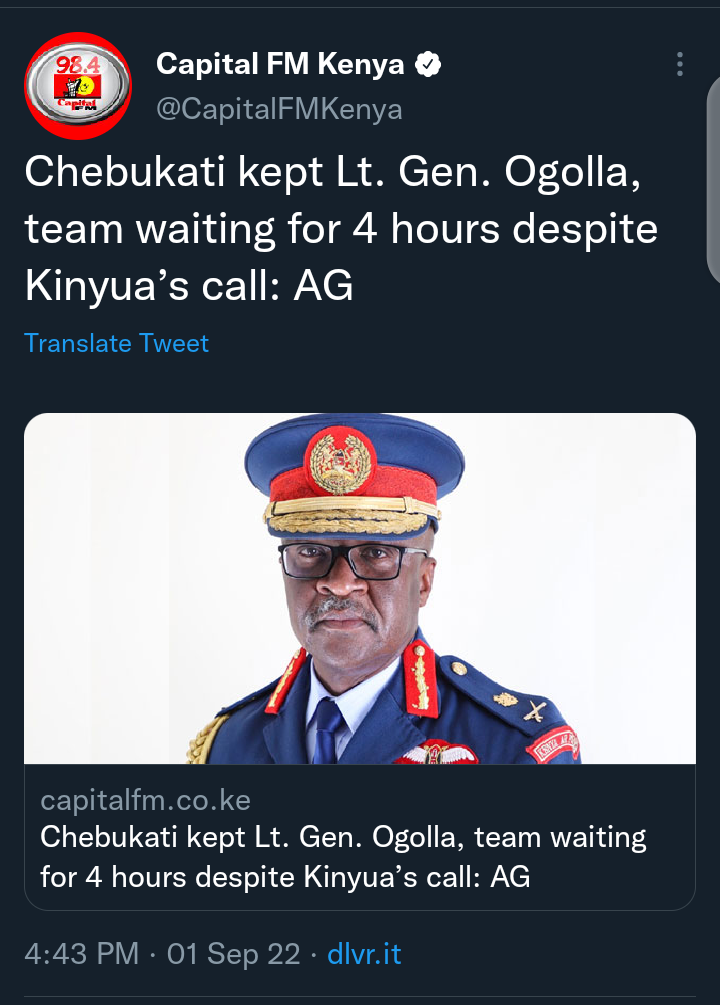 According to Chebukati, the NSAC delegation's second statement was that a runoff must be held if Raila Odinga is not declared the outright winner.