By Okiondo (self media writer) | 3 months ago

Recent days have been plagued with political pressure following an event in which former NASA administrator Musalia Mudavadi promised Kenyans an "earthquake" statement during one of his national delegate conferences held in Kenya's Bomas.

A number of developments have occurred since then, including Mudavadi, Moses Wetang'ula, and the country's second in command, William Ruto, swearing to work cooperatively to unite the country and assist in resolving some of the country's current challenges, particularly those relating to the Kenyan economy.

This struck a major setback for Raila and his Azimio allies, as they lost some potential allies who could have helped their route to the presidency a little more than when they work alone. The following are the other two "earthquakes" that will push the ODM leader and his associates to reconsider their strategy: 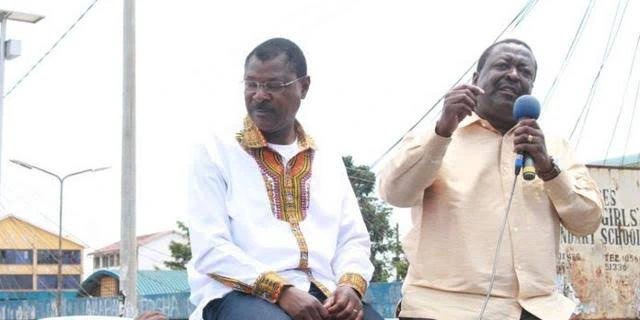 The first is Musalia Mudavadi's choice to forego presidential ambitions in favor of Deputy President William Ruto. This offers a wonderful potential for DP Ruto to gather further support from sections of the Western region that might have voted for Raila if they could join with these two Luhya leaders.

Second, Kalonzo Musyoka's steadfast commitment to running for President. This cannot be ruled out, since he previously showed that there were hurdles along the way, but with the path cleared, his primary focus is on the journey to the state house.

Kalonzo also enjoys significant support in Kenya's lower eastern regions, which served as Raila's base during his 2013 and 2017 presidential attempts. This will undoubtedly complicate matters for Raila, who is running for office this year.