Raila is Looking For Relevance After Chebukati's Kidnapping Claims By Ruto; Political Analyst

By Benadhizo (self media writer) | 9 days ago 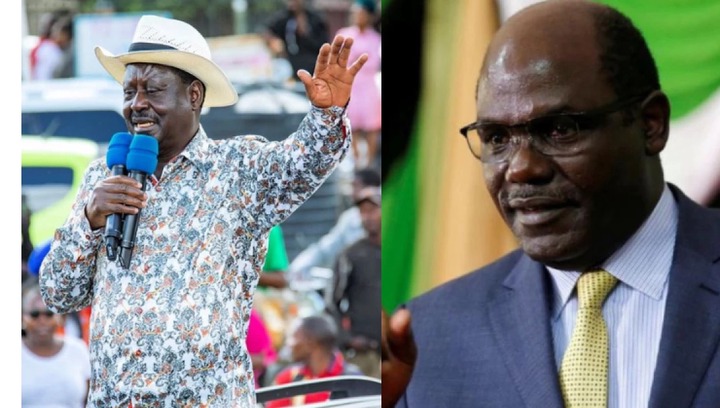 Political analyst Martin Andati now claims that Azimio La Umoja One Kenya Alliance Party led by Raila Odinga is looking for Relevance after Ruto announced that the previous regime was after Kidnapping Chebukati, recently, they released unbelievable figures alluding to an to an Odinga win which was unrealistic.

However, speaking to Kenyans.co.ke, Political Analyst Martin Andati termed the push back by Odinga as lethargic and uninspiring to the country. 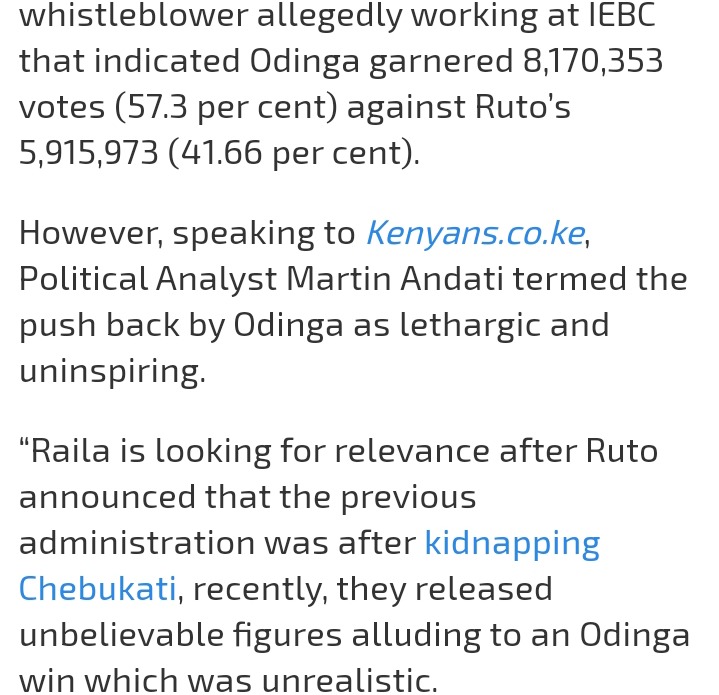 “Raila is looking for relevance after Ruto announced that the previous administration was after Kidnapping Chebukati, recently, they released unbelievable figures alluding to an Odinga win which was unrealistic.'' Martin Andati.

This comes after the Azimio La Umoja One Kenya Alliance Party counter parts Honerable Martha Karua and Kalonzo Musyoka vow not retreat until the truth is known concerning the IEBC'S whistle blower that Raila won with 8,170,353 votes (57.3 per cent) against Ruto’s 5,915,973 (41.66 per cent).

Andati said the Azimio La Umoja One Kenya Alliance Party leaders are doing this because they have to react to Ruto’s attacks in order to maintain their support base,” he added.

This happens as the Azimio Leaders have already planned a mega meeting at the Kamukunji grounds where they have invited Kenyans to attend for prosperity of the country.