"I Will Not Support Raila For The Third Time", Vows Musyoka. 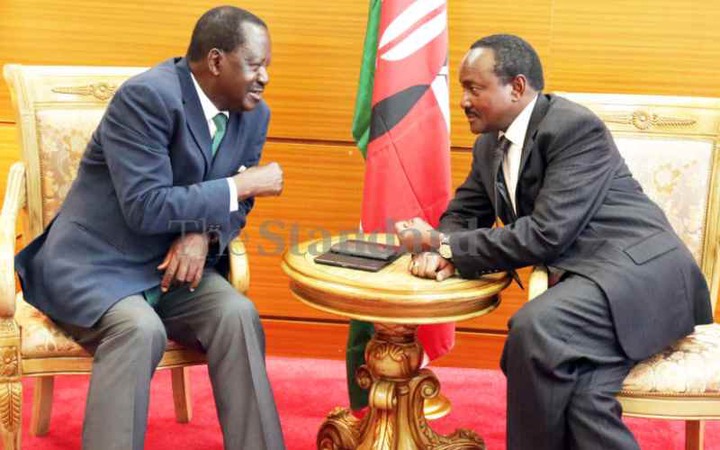 During the burial of the former Kibwezi Member of Parliament, Kalembe Ndile, at his rural home, Mbui Nzau in Kibwezi West on Friday, June 11, the funeral ceremony that was restricted to 200 people only, those in attendance included, Wiper leader Kalonzo Musyoka, Kitui governor Charity Ngilu and the ODM chief Raila Amolo Odinga. 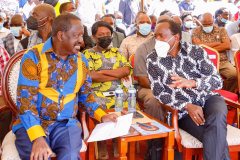 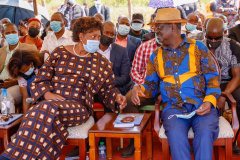 From Odinga's speech he admitted that he is ready to work with Musyoka again. He noted that he will collaborate with Musyoka to ensure that the country leadership is transferred to the right hands. Odinga's declaration comes two days before President Uhuru Kenyatta in a meeting with leaders from the lower Eastern Region at state house vowed to support the joint candidate that NASA would field during the 2022 presidential race.

Musyoka has been seen to disrupt the presidential view about who he will support come 2022. This is after he tends to weaken bonds between him and NASA.

During an interview on NTV, Kalonzo revealed that he would not, under any conditions, support Raila Odinga for the third time in the presidential race. He made it clear that he was not a weakling and neither was he stupid in making such a decision.

He added that he has never sat with Raila Odinga in discussions about 2022. "I am not a weakling... Raila and I have never sat to discuss 2022. I will be the most stupid person on Earth to support Raila Odinga for president for the third time without a measure of reciprocity. I'd rather go to Tseikuru than work with Raila Odinga again", he said