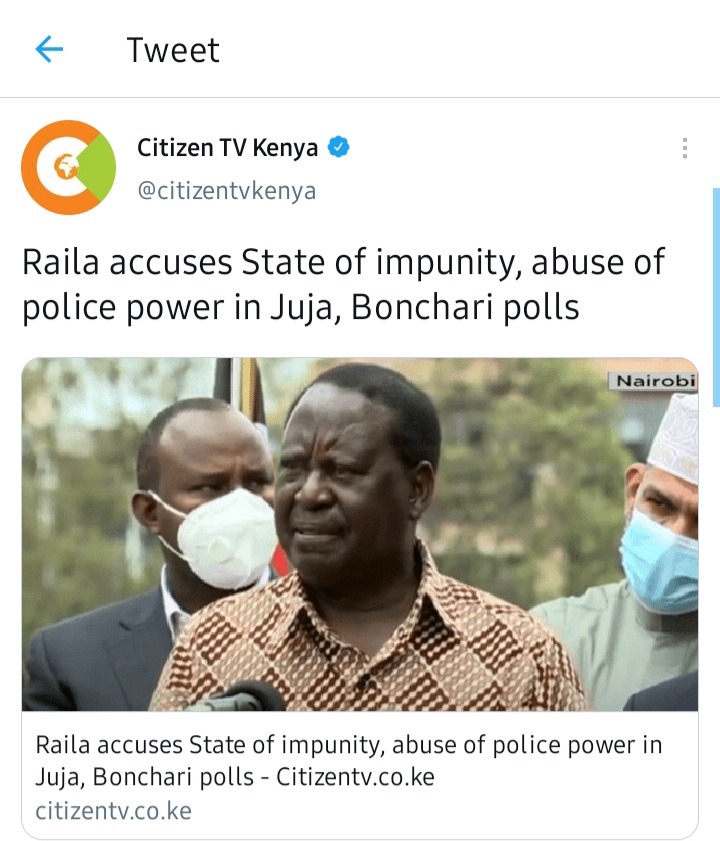 Raila Odinga party leader of the Orange Democratic Movement has criticised the Kenyan security agencies claiming that the by-elections in the Bonchari and Juja constituencies showed willful abuse of police power and impunity.

The ODM Party leader confirmed in his remarks on Wednesday that elections are a chance for voters to express themselves not for politicians to pursue imaginary and short-lived political interests. 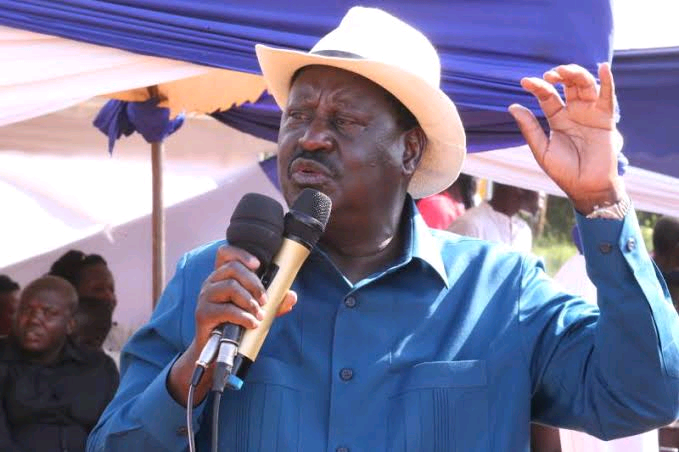 “What we observed in the by-elections in Bonchari and Juja is an assault of police powers and a brutal display of immunity by a few cowards government machineries,” the ODM leader Tweeted. “Security agents are there to maintain peace and not interfere with people's interests of those out to conduct political exercises.”

The former Prime Minister stated in his statement that peaceful coexistence after 2018 should not be taken for granted.

He criticised some politicians of using the Handshake as an excuse to destroy hard-won primaries. 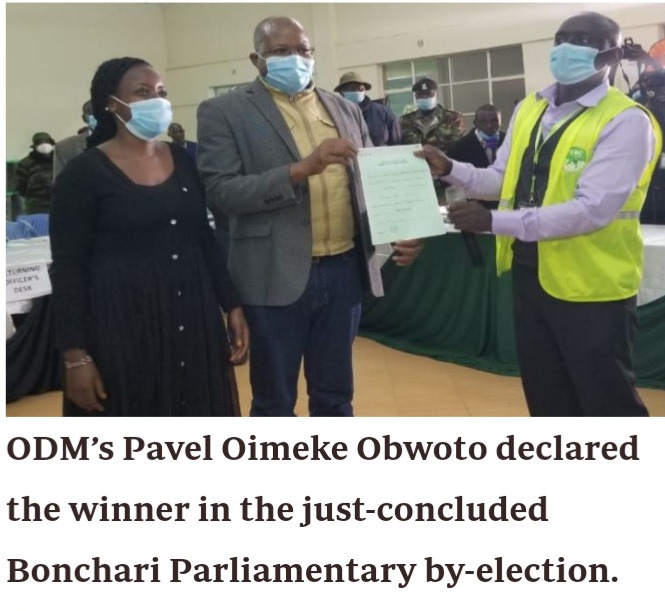 The Constituency had 52, 955 registered voters and 103 polling stations.

Reactions as Kalonzo Meets With Ngilu, Mutua, Other Kamba Leaders Ahead of State House Meeting

Panic in Issac Ruto's Camp as Rivals Agree to Work Together