Former Prime Minister Raila Odinga has had his presidential ambitions receive a welcome boost after Interior Cabinet Secretary Fred Matiang'i claimed that he has been receiving encouraging reports on Baba's chances of ascending to power.

According to Matiang'i, the intelligence reports he has been receiving in recent days indicate that Raila's popularity has been on the rise and he was confident that Agwambo will be the fifth republic of Kenya. 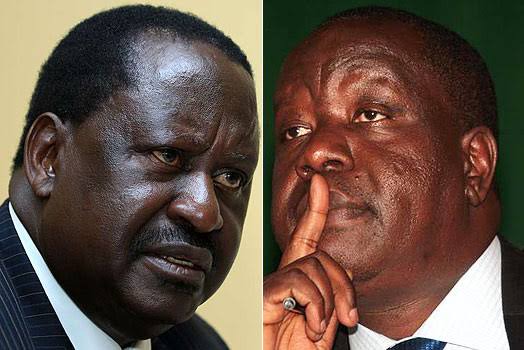 With the country set to head for the next elections on August 2022, Matiang'i has confirmed that the handshake between Raila and President Uhuru Kenyatta appears to have endeared the former to the netizens who are pledging their allegiance to Raila.

The CS urged his community the Abagusii to support Raila Odinga's presidential bid as he was sure that the former premier will be the next head of state and beseeched his people not to take an alternative route should they want places in the next government.

"I have sealed a covenant with these people from my home and I have told them publicly that I will be where you and the President are. It is not wise to engage in things that are silly at the expense of these people," Matiang'i stated.