By Ben_Wachira (self media writer) | 4 months ago 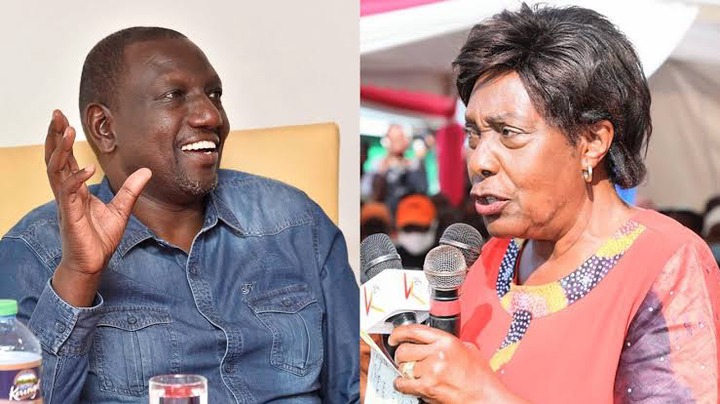 For a period of time now, Charity Ngilu has been hitting hard at Deputy President William Ruto. She has been calling him a land grabber, a thief and all those sorts of names while claiming that the DP can't win in the August general election. On the other hand, Ngilu has been popularizing Raila Odinga.

While that is the case, today things were different. That is because the Kitui county Governor surprised Kenyans after he turned on Kalonzo Musyoka. According to reports, Charity Ngilu surrendered as she publicly admitted that DP William Ruto can't be defeated by Kalonzo Musyoka in the forthcoming poll.

According to Charity Ngilu, DP William Ruto and Raila Odinga are in their own level and for that reason, Kalonzo Musyoka should shelve his ambitions and join Azimio La Umoja because he doesn't stand a chance to come even second. 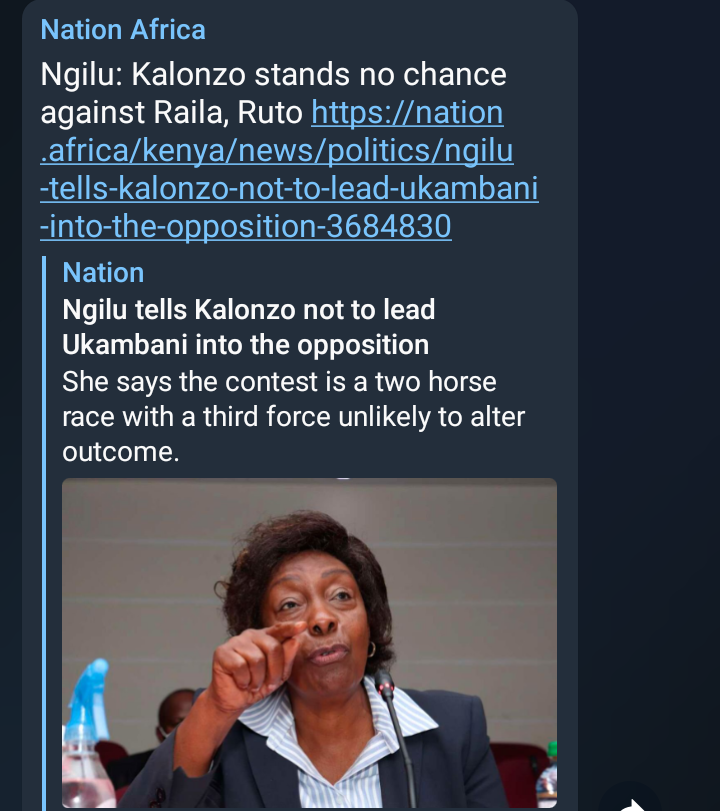 That is a big blow to Kalonzo Musyoka while on the other hand, it is a boost to DP William Ruto who is finally seen as a threat by his biggest critic.

Here Are Major Signs She Is Your Soul Mate