"Shame, I've Failed You" Governor Admits Inability To Deliver Election Promises As He Announces This

By NewsArena (self media writer) | 18 days ago 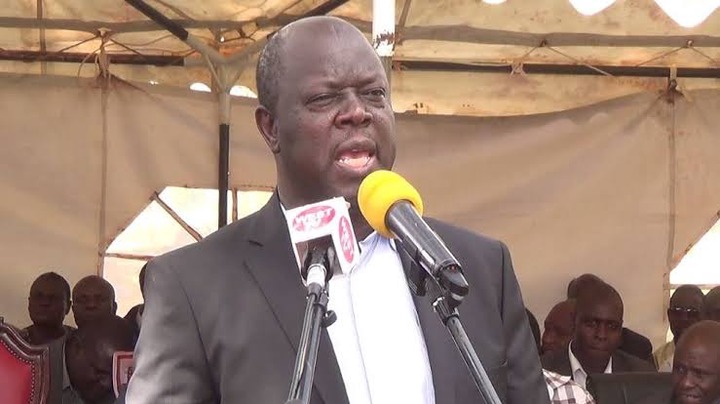 The electioneering season is less than a year away and political drumbeats can already be heard loud and clear in every corner of the country. It is at this moment that politicians will unveil their golden manifestos and promises to sell to the electorate with a view to being elected. It is also a time for outgoing politicians to prove to the country whether they have delivered those promises and the legacy that they are leaving behind.

Well, in Trans Nzoia county one politician was rather disappointed in himself. The governor, Patrick Khaemba. He did not mince his words in a speech that he delivered at a lands commission event. He said that he was ashamed of himself for letting down the residents of Trans Nzoia by not delivering some of the election promises.

The second term Governor revealed how excited he was starting his term in office to the extent of failing to realise how unachievable some of his promises were. Khaemba blamed his failure on the fact that the lands docket was not under his jurisdiction.

"When I came into the office, I didn’t know the reality, I was so excited. One of the things I promised the people of Trans Nzoia is that by the time I leave office I will have given them title deeds. What a Shame, I have failed because title deeds are not under my jurisdiction," he regretted.

He however promised (again) to sort out few land issues in his county by giving out 80,000 title deeds in the few remaining months before he leaves office.

"There’s still time, the few months left, if we can cover up to 80,000 title deeds, I think I will leave a proud man," he announced.