The deputy president William Ruto has opened up on the relationship he has with his boss President Uhuru Kenyatta and the current state of the Jubilee party. Through an interview at KTN News on Thursday the 24th of June 2021, William Ruto also revealed what he whispered to the president back in Bomas of Kenya during the Launching of the building bridges initiative.

The KTN host Journalist Sophia replayed a past clip at Bomas where Ruto whispered to president Uhuru Kenyatta when he likened the Political succession to relay race and blasted Ruto for making a backward move instead of waiting for a button ahead.

When asked more about how he thinks of president Uhuru Kenyatta and the mess witnessed in Jubilee, Ruto declined commenting further about his boss but expressed regrets that he was Unable to salvage the party from the people who Allegedly let down the party leader's trust. 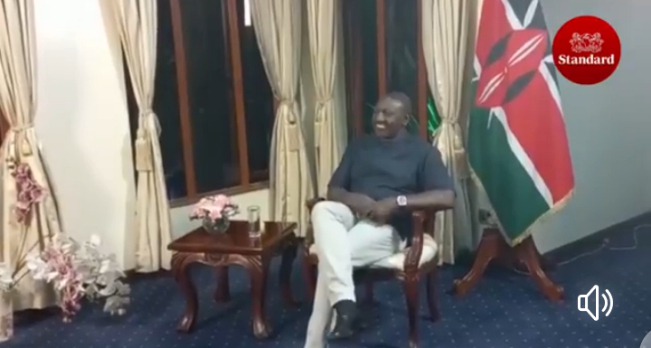 How It Feels Like Beating My Idol, Yohan Blake - Omanyala Breaks Silence After Impressive Run

Sudden Death May Occur When You Risk Taking Alcohol With Antibiotics

What to Do When He Says He Doesn't Love You Anymore

"Ngojeeni Ntawapa Direction," Gideon Moi Tells His Baringo County People To Do This Ahead Of 2022

What About Rue Baby?-Kenyans on MCA Tricky After Posting a Photo With Another Lady