By @Milly (self media writer) | 6 months ago 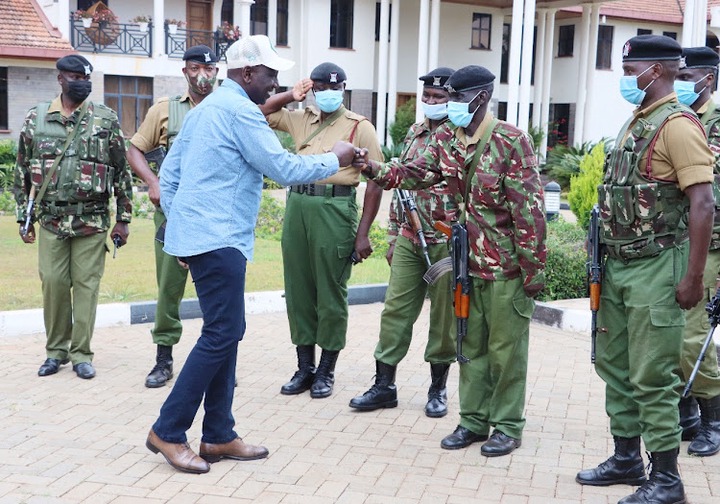 David Mugonyi, Ruto Deputy President William Ruto's Communication Secretary has dismissed claims that the security team of Administration Police Officers assigned to the Second in Command in August have been starving.

Mugonyi speaking with the Nation on Friday revealed that the only delay which has been witnessed was in paying the officers their allowances, which is under the Office of Inspector General of Police.

This comes after a letter written and signed by Wilson Njenga from the Ministry of Interior and addressed to Abdul Mwaserah, the Principal Administrative Secretary at the Office of the Deputy Presidents claimed that the new security that comprises of Administration police officers were starved.

"The AP officers have not been consistently provided with food rations or meal allowances to enable them discharge their mandate effectively and efficiently. This is in contrast with their counterparts from the GSU whom they replaced and who used to get food rations," reads part of the letter.

Njenga urged the DP's office to re-instate the food rations to the officers to enable them discharge their duties well.

In August, Ruto's security was downgraded from GSU to AP, a move that attracted criticism from his allies and other leaders across the political divide.

Ruto, however said later that he was comfortable with the officers and even shared a cup of tea together with them. 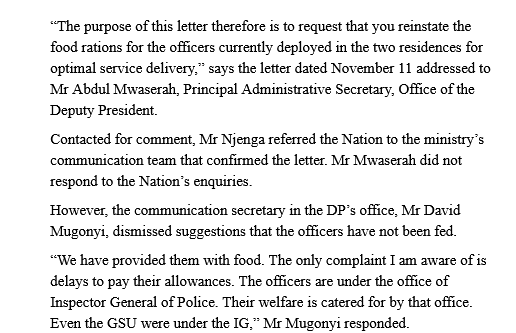