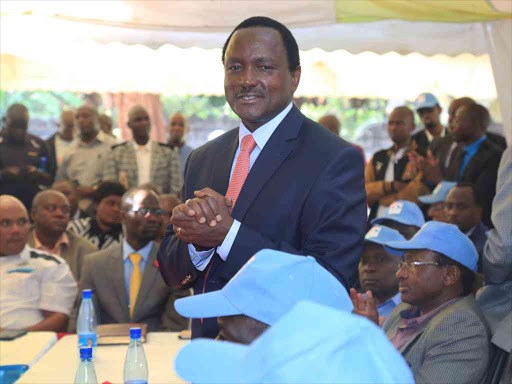 Kitui governor Charity Ngilu has announced her readiness to drop her gubernatorial seat and take up the job that was promised to Wiper leader Kalonzo Musyoka by the Azimio La Umoja leadership.

Azimio head Raila Odinga on Monday last week offered Kalonzo the Chief Cabinet Secretary slot after missing out on the running mate job. Kalonzo, however, openly unhappy with not getting the DP spot, proceeded to launch his own presidential bid.

Talks to have him agree to remain in Azimio have reportedly been ongoing in his Yatta Farm, under the leadership of KANU boss Gideon Moi, with there not being any reports on their success yet.

But Ngilu now says that she is ready to take up the job if Kalonzo doesn't want it, suggesting that the talks in Yatta have collapsed and the former Vice President has stood his ground on rejoining Azimio. 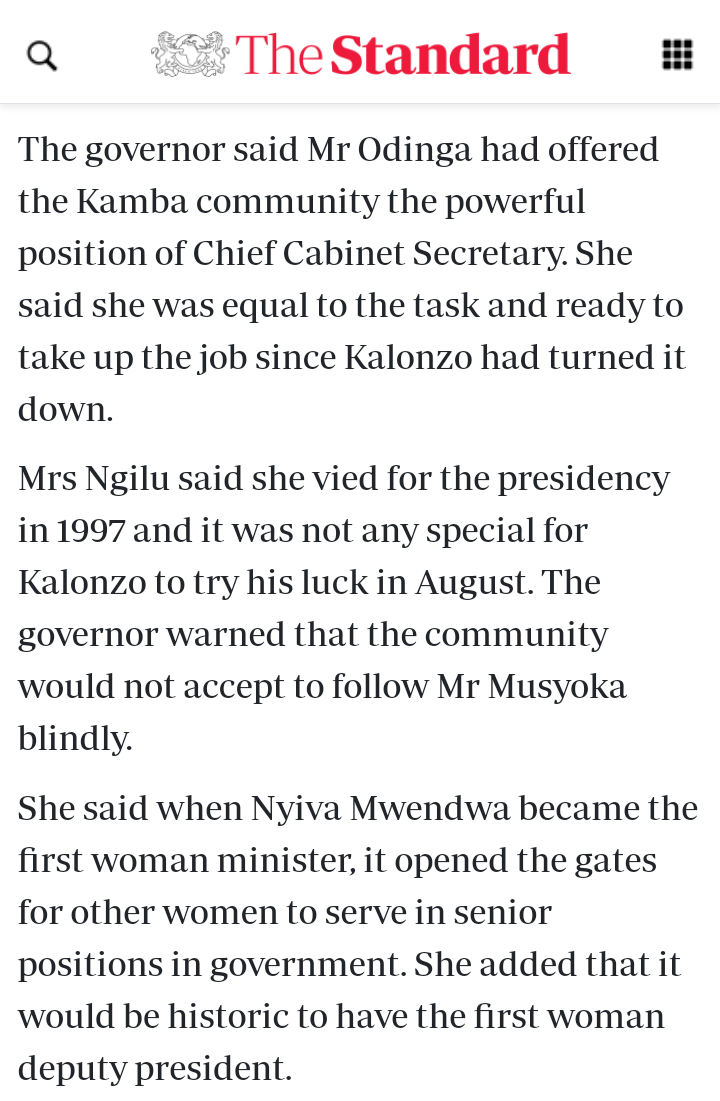 “It is a great loss for Azimio to have Kalonzo Musyoka leave its ranks. He had said he is going to support Raila for president unconditionally. Where did the condition that he must be made running mate to stay with us come from?” she said on KTN News.

She said that it is not the wish of Kalonzo to cause trouble in Azimio, but he is just working under pressure from some of the people working with him.

“It is my desire to have Wiper leader Kalonzo Musyoka back to Azimio la Umoja. We have held meetings to convince him. However, we are aware of some leaders within Wiper who need to hang on Kalonzo’s coat tails to win seats in the August 9 polls and are pushing him to run," she is quoted.

On top of the Chief Cabinet Secretary job, Raila is also reported to have agreed to give 20 percent of his government to Kalonzo's Ukambani region.