It Is Your Turn to Support Me, Ruto To Uhuru and Raila

By Mr.brownP (self media writer) | 1 month ago

Deputy President William Ruto has decried political dishonesty, betrayal, and hypocrisy, stating there is a plot to derail his 2022 presidential bid. 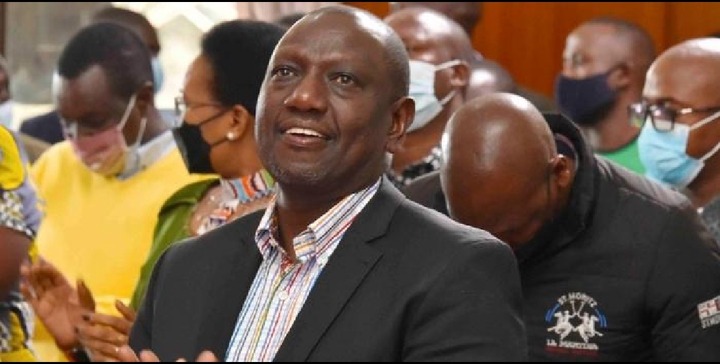 Ruto lamented deception, stating that President Kenyatta and the ODM boss branded him a good person when he was supporting their bids only to brand him a con artist after declaring his ambition to contest for presidency in the 2022 general elections.

Raila have been asking Ruto's source of wealth, asking him to clarify the source of millions he donates in frequent fundraisers across the country.

"These are the hyenas that you see that come here in sheep's clothing they claim they want to fundraise for women groups, people will say this person is generous and he fears God because he's helping the churches, the women groups and the youth groups, but you are bought with your money that they have grabbed," said Raila.

This comes a month after DP Ruto claimed that he would make sure the welfare of President Uhuru and ODM boss Raila is taken care of, urging them to support his bid.

"I will take care of them without bias. I will ensure they have adequate protection. The police officers assigned to them will ensure they move around and conduct their businesses freely. No problem!" stated Ruto.

A trader returns the customers money after 3 months