For three years now, president Uhuru Kenyatta have clearly shown that he is more interested in delivering the services to the people of Kenya than engaging on Political matters. He has been launching several goverment projects right from transport, health to Education sector in the country. 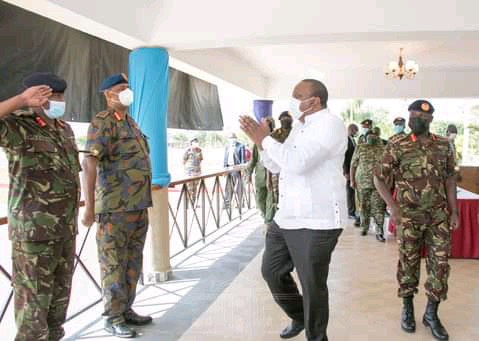 As established by the statehouse Kenya through their official Facebook page, Uhuru Kenyatta was going to president over the KDF operational and engineering vehicles and machinery as a way of improving the security in the country. 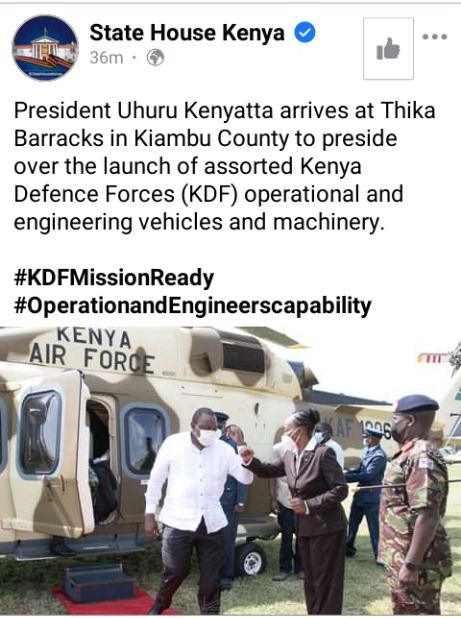 "President Uhuru Kenyatta arrives at Thika Barracks in Kiambu County to preside over the launch of assorted Kenya Defence Forces (KDF) operational and engineering vehicles and machinery." Said the Statehouse.

Now, after this post by the Statehouse, Kenyans started commenting where many of them sympathized at president Uhuru Kenyatta saying that he is overworking himself. The said so because president Uhuru was just arriving from the coastal region where he launched several goverment projects. Here are some of the people's reactions. 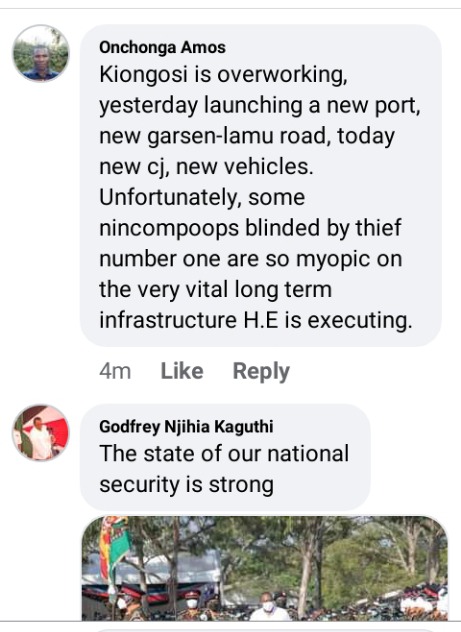 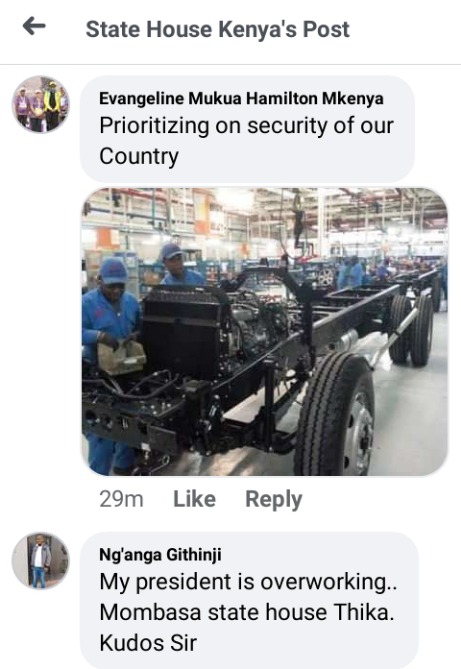 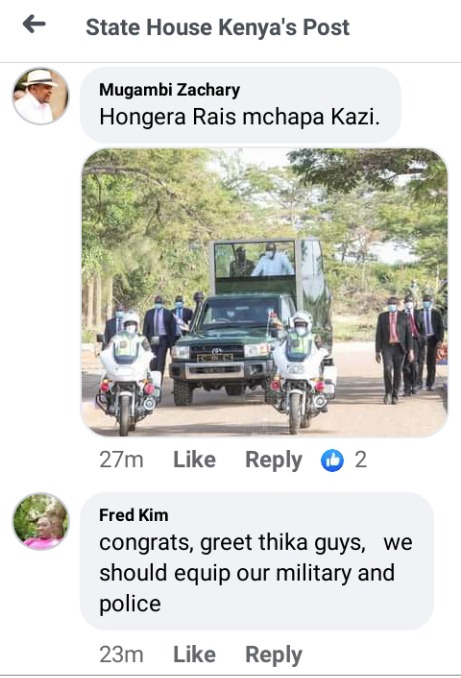