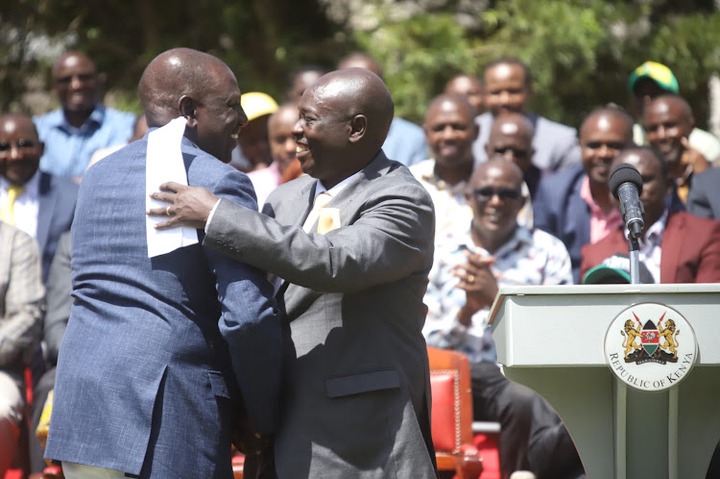 More details have emerged on behind the scenes happenings that preceded Mathira MP Rigathi Gachagua's picking as the Kenya Kwanza alliance's presidential running mate for the August poll.

It's already in the public domain that the MP captured the position despite being ranked below his main opponent in the contest; Tharaka Nithi Senator Kithure Kindiki, who was also keen on the job.

It's now coming out that Gachagua and DP William Ruto were in na secret pact before Ruto made up his mind, with Citizen Digital finding out that he quietly managed to secure Ruto's assurance of being picked.

Sources aware of the happenings told the broadcaster on Monday that Kindiki might have been made to believe that he still stood a chance yet Ruto had already promised Gachagua the position. 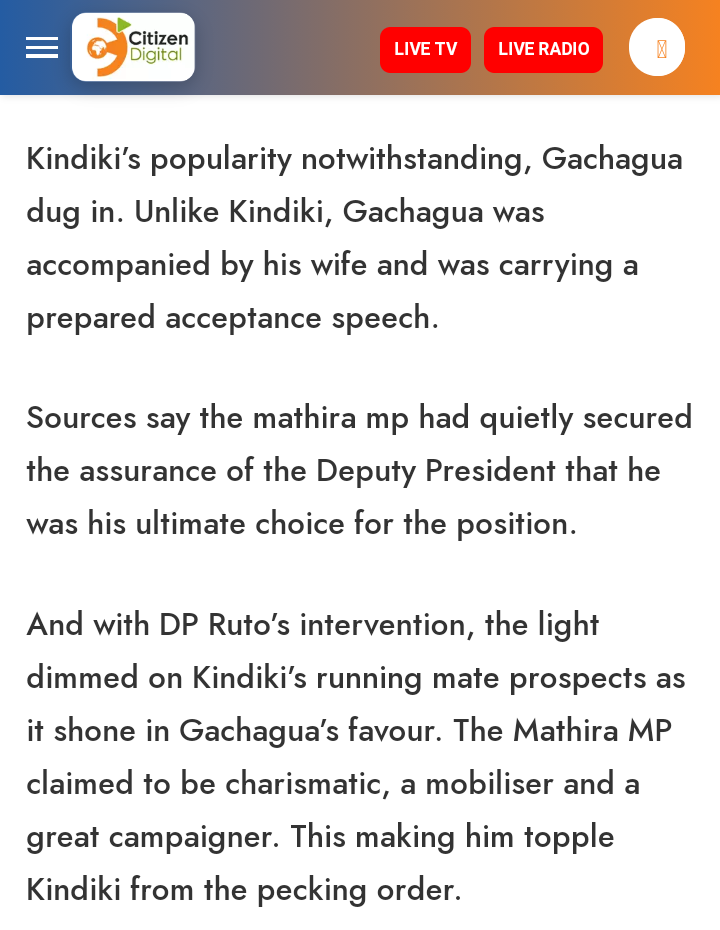 It's apparently for this reason; having already been assured of the job, that the MP prepared his acceptance speech in advance, before being officially unveiled in Karen on Sunday.

Ruto, while unveiling Gachagua, expressed confidence that they will peacefully coexist as partners, praising him as a fearless fighter for the right course, resilient and a skilled debater.

"Gachagua is a friend of mine whom I have worked with, especially on that Bottom-Up Economic model, journey that we began together. He understands people's issues and is passionate about the common people," the DP said in Karen.

Kindiki's last minute downfall came despite being rooted for by majority of the MPs allied to Ruto and winning in opinion polls held to weigh him against Gachagua.

Results of a voting session in Karen also reportedly came out in his favour.