By Kenyanews.com (self media writer) | 9 months ago 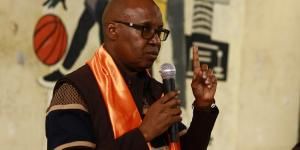 This is after the National Assembly’s Public Investments Committee (PIC) summoned Transport Principal Secretary, Solomon Kitungu, to confirm the directors of ACEG-CATIC JV, who were listed as Jimmy Wanjigi and some Chinese nationals.

The Ruaraka MP, Tom Kajwang’, informed the Transport PS that the committee had done due diligence and confirmed that Wanjigi was one of the directors.

He requested that the ministry officials and the Kenya Airports Authority board be put under oath to confirm they were doing business with Wanjigi.

The company is said to have received Ksh4.2 billion as a commitment fee before the government cancelled the contract.

“Can you confirm to this committee that one of the directors of the firm in question is Wanjigi?” Mr Kajwang asked.

MP Babu Owino claimed that Wanjigi was using the money from the airport deal to fund his presidential ambitions.

“Wanjigi is indeed using taxpayers’ money to contest, he should be made to refund our money,” stated Babu.

The revelations follow months after Wanjigi declared his interest on the ODM presidential ticket.

MP Abdulswamad Nassir, who chairs the committee, directed that Wanjigi be summoned to appear before them to defend himself, in response to the claims made by the legislators.

The Transport PS told the committee that the government was in talks with the contractor with a view of reversing the Ksh4.2 billion paid. He, however, stated that the company in question belong to some Chinese nationals.

“We have not done due diligence on this matter, but what I can tell you for now is that the company is owned by Chinese nationals,” the PS stated.

The ambitious project at the Jomo Kenyatta International Airport (JKIA) was to make it the largest terminal in Africa.

Alex Gitari, KAA Managing Director, told the committee that they were in the process of renegotiating with the contractor to plan the resumption of the construction works.

“A team has been formed to engage the contractor in negotiations on how the matter should be settled,” Gitari mentioned before the committee. 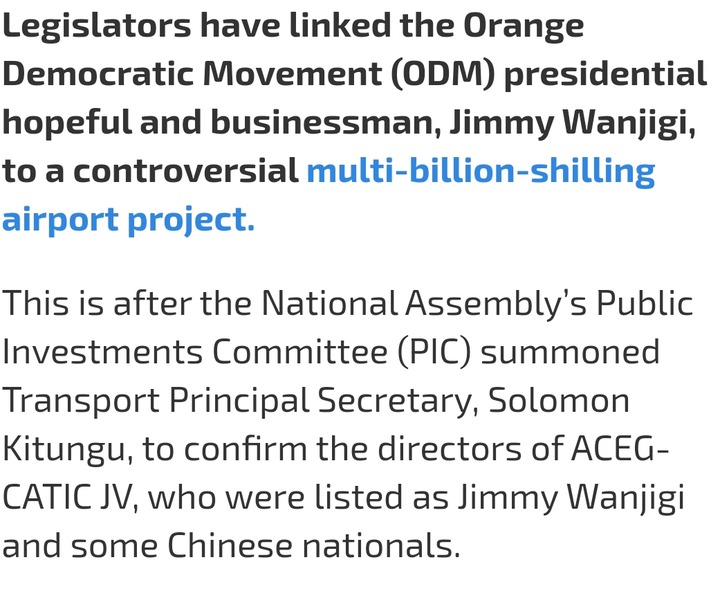