By Tonyowino (self media writer) | 3 months ago 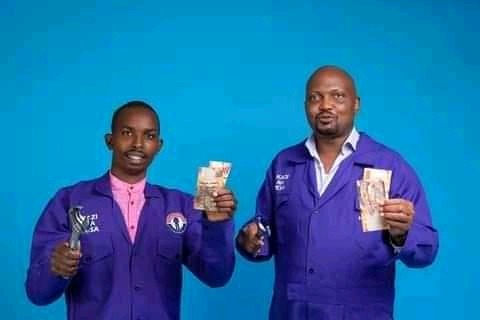 The william ruto's UDA party filed a petition seeking to stop mwenda kebobo from participating in the by-election saying that he was still the ward clerk, hence violating the constitutional requirement that aspirants should not be holders of public offices.

The IEBC on 23 September disqualified Milton Mwenda and Nathan Githonga of National Ordinary People Empowerment Union Party from vying for ward by-election that was slayed for 14 October. This promoted Mwenda to move to court to seek the postponement of the by-election, which one September 30, the Nairobi high court issued a conservatory orders restraining the IEBC from doing any preparation for that by-election until mwenda's case is heard and determine.

On Friday 8 August chair wafula chebukati issued a statement the electoral body has postponed the by election until after the case is heard. "The commission, in compliance with the conservatory orders, shall not conduct the by election for kiagu ward scheduled for October 14 until determination of the said case," Chebukati said.

Signs that show your heart is in real danger

Say This Prayer Every Morning