"It's Not Over" The Fight Will Continue, Miguna And Former CJ Mutunga Fires Back At Govt (Video)

By Emmanuel-Wamalwa (self media writer) | 11 days ago 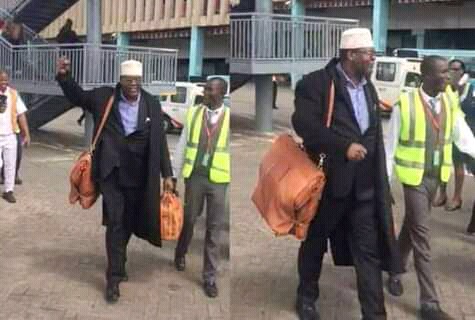 The controversial lawyer Miguna Miguna is reported to have been stopped from traveling back to Kenya on the grounds of red alerts, a move that has been pulled down by the Former Chief Justice Dr. Willy Mutunga.

The latter noted that they went to Court and confirmed that there was no such thing as a red alert, slamming President Uhuru Kenyatta`s government for yet disobeying the Court`s directives, adding that Miguna`s rights have been violated. 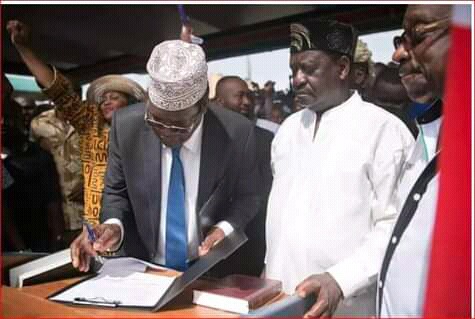 “We shall fight to ensure that the courts' decisions are respected, we were expecting the arrival of Dr. Miguna Miguna…we confirmed from the court that there was no such red alert… every person as the right to obey the constitution,” angry Mutunga fired back at the government.

On his end, Muguna noted that he will not stop fighting for his rights, daring President Uhuru and Orange Democratic Movement Leader, Raila Odinga over the same, claiming that they are behind his detention. 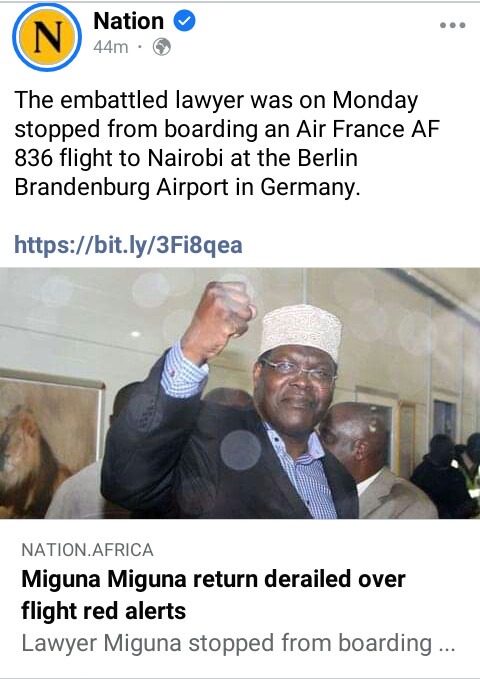 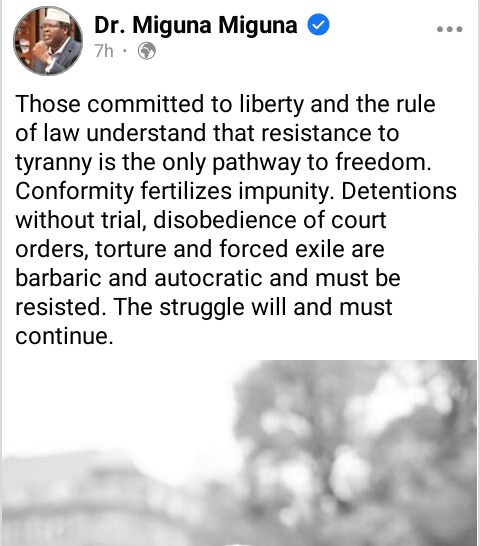 He further noted that he was not tried after his detention, slamming Uhuru and Raila for leading a line of disobeying the Court orders, a bid he called upon all persons of goodwill to come to his rescue.

“Those committed to liberty and the rule of law understand that resistance to tyranny is the only pathway to freedom. Conformity fertilizes impunity. Detentions without trial, disobedience of court orders, torture, and forced exile are barbaric and autocratic and must be resisted. The struggled will and must continue,” said the controversial lawyer. 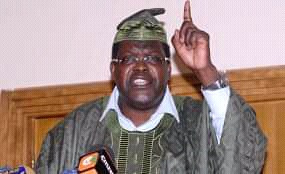 Well, Miguna was deported in 2017 after the general elections that were dramatic in the sense that he took an active role and dared the constitution of Kenya by attempting to illegally swear in power Raila, who was to serve as the people`s president.

Miguna was later deported and Raila on the other hand, got into the government through, a controversial handshake, a move that saw the Jubilee party split on opposing ends.