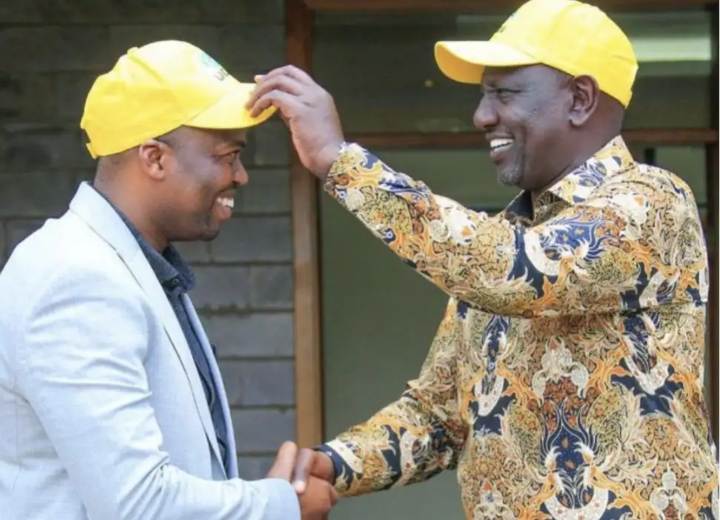 Jasper Muthomi popularly known as Mc Jessy has finally come out and explained his split with the deputy president, William Ruto. 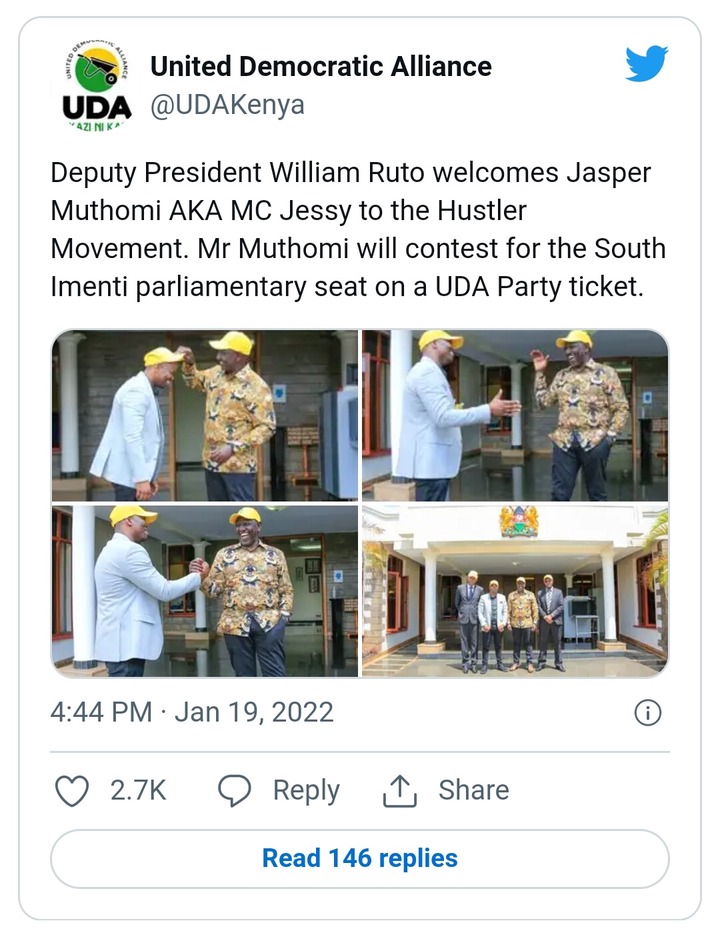 But the comedian was surprised when the deputy president, Ruto handed his opponent Mwiti Kathara the UDA direct party ticket to run for the seat.

The decision felt like a betrayal to Mc Jessy and forced him to quit the party and decided to run for for the seat as an independent politician. Jessy said that the regretted agreeing to have the meeting with William Ruto because he thought it was about discussing the way forward only to be told to step down.

The comedian went on to say that the deputy president never spoke to him about the decision he had for him.

Now Mc Jessy will run for the Imenti South seat as an independent candidate.

Content created and supplied by: Ric4 (via Opera News )