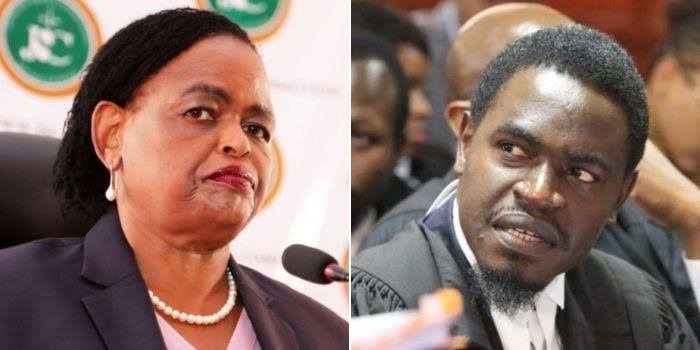 However, legal experts had resented to this and after today's ruling Uhuru was again accused of making unconstitutional decision. The President of the Law Society of Kenya, Nelson Havi has faulted Uhuru for his moves. He has delivered a powerful message to CJ Martha Koome. In his remarks he said that the judgment on the appointment of the six Judges is not a further indictment of President Uhuru Kenya but however, it is the biggest test on Chief Justice Martha Koome on whether she is Executive aligned or independent. He added that she can only pass it by swearing-in the six judges on 5-11-2021. 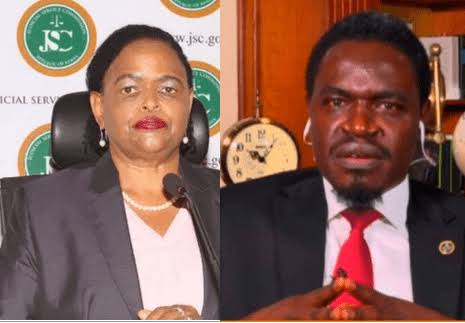 Kenyans reacted and some said claimed that honeymoon is over for CJ Koome and it is now time for her to protect the independence of the Judiciary and maintain its honour. They said that she has to clear the mess that has been witnessed under the Jubilee regime.

Others claimed that, "History is made from those who stand on the unfamiliar with sobriety. She needs be adamant about right legal advice consistent with the constitution with she obtain favour from man and God that surpasses lots." 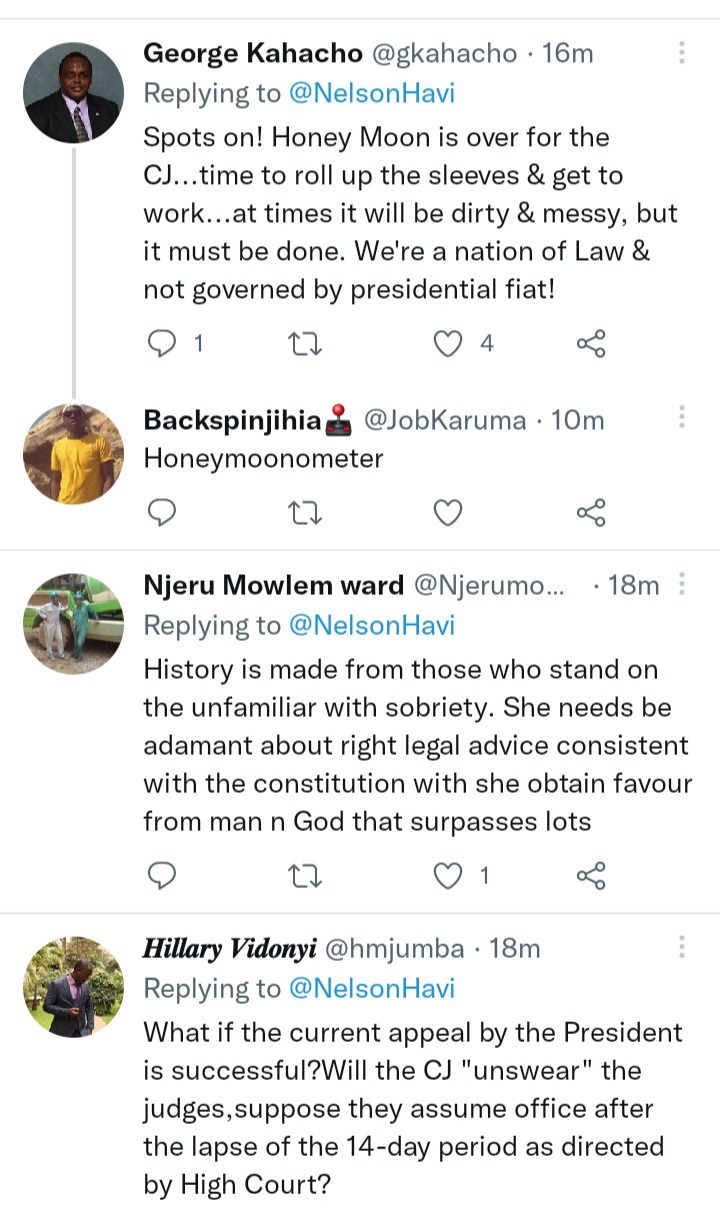 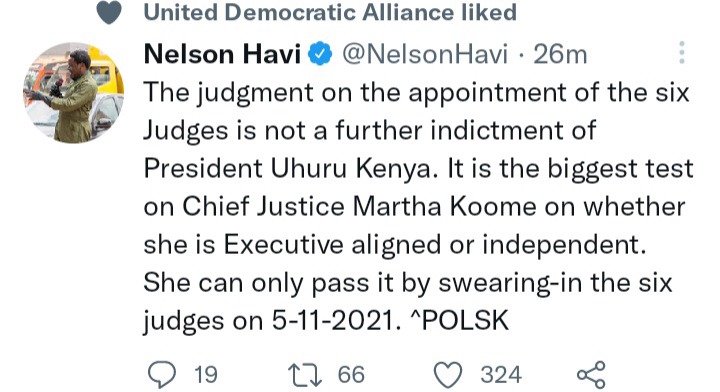