By London..Face (self media writer) | 1 month ago 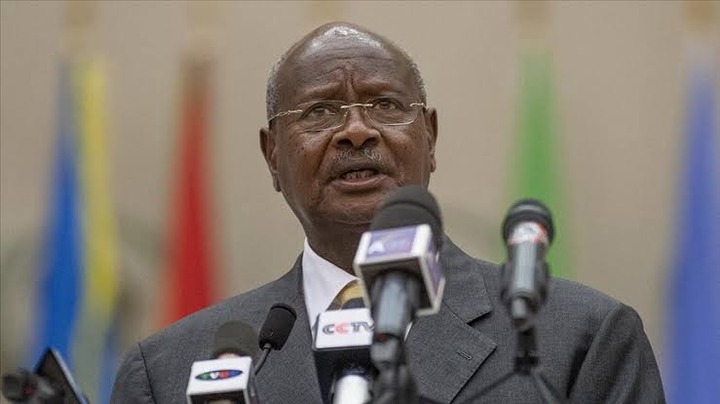 President Yoweri Kaguta Museveni has broken his silence after another explosion that saw at least one confirmed death case with other several injured.

In a statement from Ugandan media houses, president Museveni has said that the explosion which occurred on Monday evening at Lungala, Mpigi involving Swift Safaris Limited was "low power explosion" adding that there are some clues that could aid in investigations.

As reports still remain scanty, police have claimed that they will issue a statement concerning the attack.

The attack comes just two days after the country experiencing another attack in the outskirts of the country's capital Kampala where one person who was reported to be a waitress in the involved joint, was confirmed dead. Three others were also said to be critically injured. 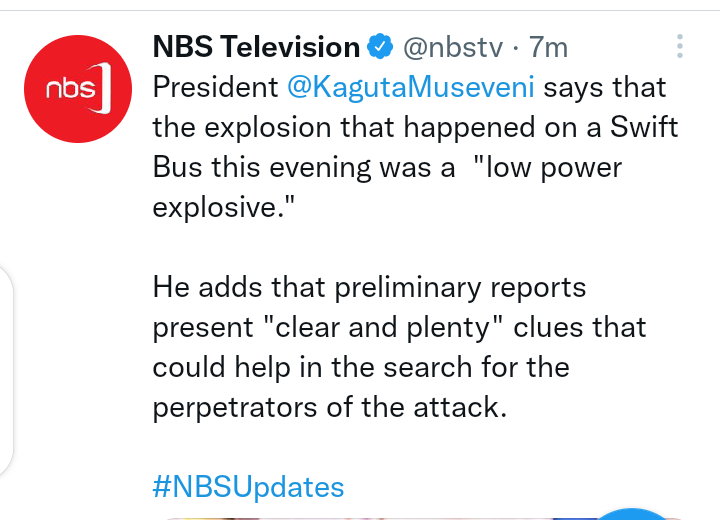 Museveni also added that police in Uganda will be following up on the issue to see whether the victim who was blown up was among the travellers in the bus.

Content created and supplied by: London..Face (via Opera News )