By Readthisnow (self media writer) | 1 month ago

The media opinion polls and various reports that put Raila Odinga ahead of presidential contender William Ruto have come under fire from a portion of Nyanza inhabitants.

The Bondo people claimed that Raila Odinga's residence was under development, including renovating the roads, and that they had thought Raila was unstoppable until they seen him lose.

Raila Odinga's defeat to William Ruto has been accepted by the Bondo residents who have said that they didn't expect that outcome at all.

Based on polls, most Nyanza residents believed Raila Odinga would win the first round, but things ended up being different.

The residents are ,however,in disbelief that, despite having the backing of the government and apparatus, Raila Odinga has today re-joined the opposition. It is evident that the public was shocked by Raila's defeat rather than anticipating it. 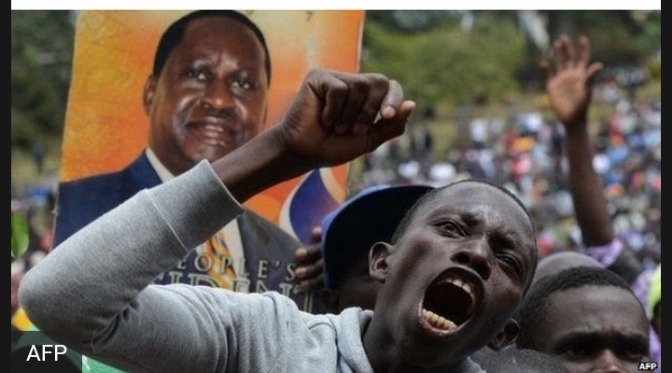 The residents said they have high hopes for Raila Odinga, believing he may win the supreme court while still winning the election.

Content created and supplied by: Readthisnow (via Opera News )