Rigathi Gachagua Reveals How They Have Stood With President Uhuru Kenyatta 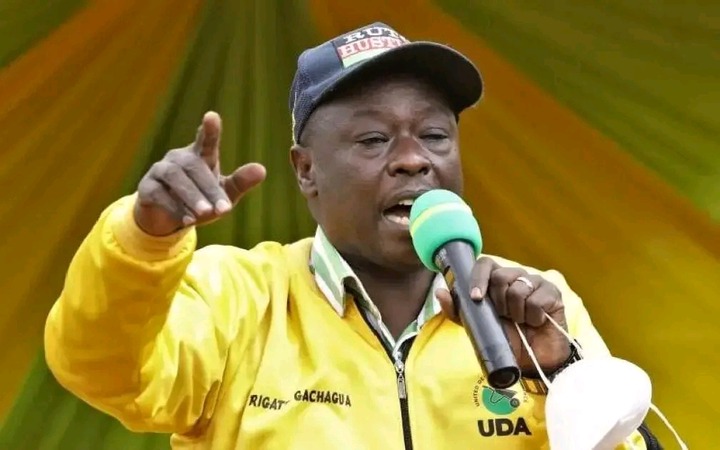 Today while in Kenya Kwanza Alliance political campaigns in Meru County, the deputy president designate, Rigathi Gachagua, came to the salvage of DP Ruto’s remarks that he made — about slapping president Uhuru Muigai Kenyatta.

While addressing the Meru residents, Rigathi Gachagua revealed that; him (Rigathi Gachagua), Mithika Linturi, Justin Muturi and William Ruto supported President Uhuru Kenyatta when he first seeked to be elected as the 3rd President of the republic of Kenya in 2002.

When he failed in 2002 general elections, Uhuru Kenyatta allegedly shy away from presidential politics. Again, Rigathi Gachagua together with his team who supported him in 2002 teamed up again and supported him for the second time in 2013.

In salvaging DP Ruto, he revealed that it was; him (Rigathi Gachagua), Justin Muturi, Mithika Linturi and other Jubilee leaders who pushed DP Ruto to "pool" out Uhuru Kenyatta and remind him to defend his presidential powers by all means necessary.

Through hierarchy of power, the deputy president William Ruto was sent by his colleagues to remind President Uhuru Kenyatta that he still had their backs.

Rigathi Gachagua blamed Uhuru Kenyatta for working with Raila Odinga since the economy has detoriated because of him.