Nairobi to Get New Governor After Court Ruling 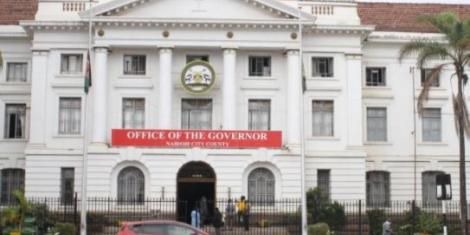 The court ruled on Friday, October 22, that Acting Governor Anne Kananu should be sworn in as the new county executive.

The court also dismissed Sonko's petition to prevent Kananu from taking over City Hall, finding that his June 29, 2021 plea is without substance and ordering the respondents to incur their own expenses.

The court had previously ruled with Sonko and granted a conservatory order prohibiting Kananu from being sworn in as Governor of Nairobi City County by anyone or any state organ or authority.

A temporary restraining order prohibiting Kananu from assuming the substantive office of Governor for Nairobi City County or performing any tasks reserved for a substantive Governor was also issued pending the hearing and conclusion of the expected appeal.

Despite Sonko's attempt to have Kananu's nomination revoked, a three-judge panel decided that her inauguration was legal.

Sonko said that he had revoked Kananu's nomination and that the County Assembly lacked the jurisdiction to appoint her as deputy governor and then as the county leader who would succeed him if he was removed.

Kihara Kariuki, the Attorney General, urged the court not to halt Kananu's vetting, stating that Sonko lacks the authority to rescind her nomination.