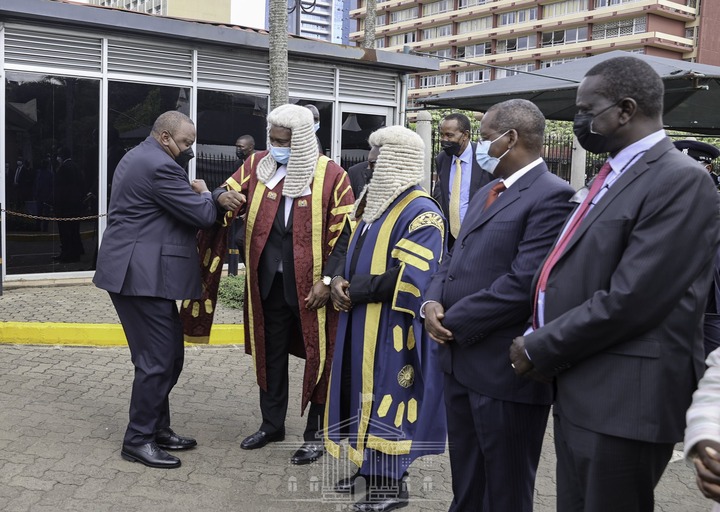 Uhuru Was forced to cut his speech short adding that he was tired and felt fatigued after highlighting his development Success From 2013 update.

He praised his administration for a success in connecting Alot of households, building roads, health facilities and improved Infrastructures

President Kenyatta praised Former Prime Minister Raila Odinga During State of Address in Parliament Buildings after Entering into a Political Truce following 2017 General Election. The Head of state boldly believes that Political stabilization is essential on growth of the economy.

He Revisited the annuled building bridges initiative adding the People had spoken by exercise their powers directly through County Assembly and National Assembly adding People of Kenya wanted a constitutional Change.

He narrated the loss That emerged from the shooting Down of the bill. He Reveled More than 100B into Counties could Not be realised and Attaining of 50 Percent Gender equality Was thrown into ashes