Deputy President William Ruto's blogger Dennis Itumbi has emerged with a fresh allegation on a meeting between the ODM leader Raila Odinga and a group of Mt Kenya Foundation members.

According to Itumbi, the meeting which was after planning the 2022 election strategy had been scheduled at Safari Park Hotel, Nairobi.

The ODM leader, Itumbi claims, was set to be the chief guest. 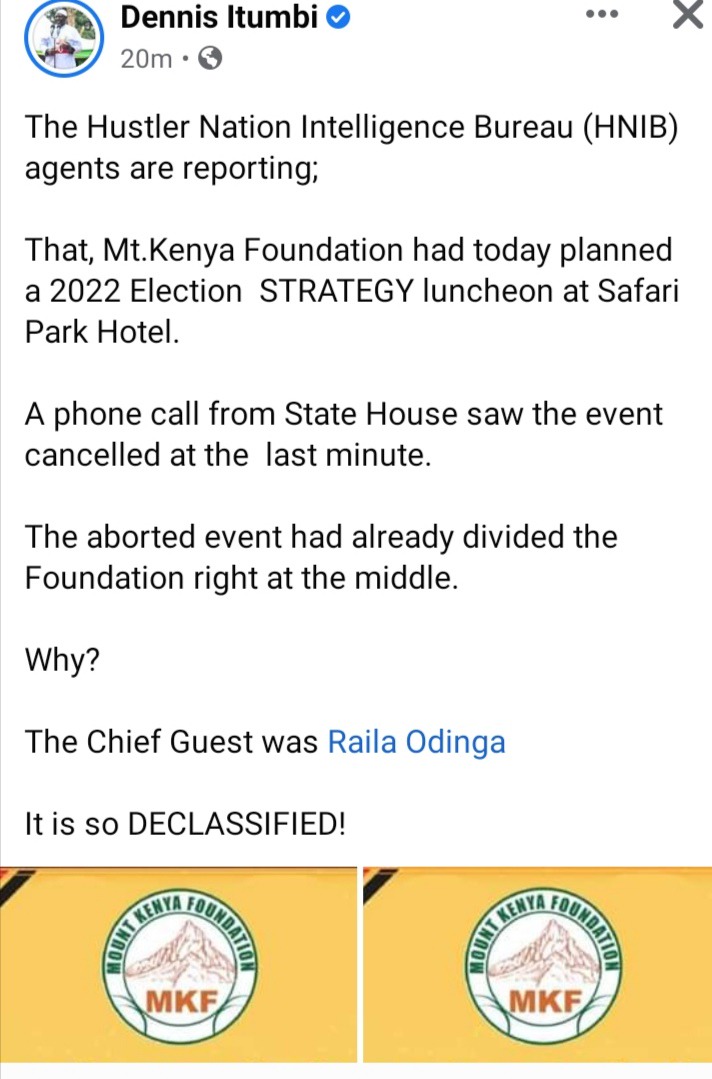 Itumbi further claims that the meeting was cancelled at the eleventh hour after organizers received a phone call from State House, Nairobi.

He did not reveal the specific official who called the organizers of the meeting leading to its cancellation.

According to the blogger, the meeting had caused division even before it happened because a section of the members were opposed to the attendance of the ODM leader Raila Odinga as the chief guest.

The remarks by Itumbi, however, remain mere allegations as the sides he claims were involved have not confirmed or denied the allegations by the time of penning this story.

Important to note that the ODM leader is keen on getting Mt Kenya support in his quest to run for the presidency in the 2022 polls.