Turmoil in ANC As Governor Nyaribo Turns Down Mudavadi's Proposal Of Making Him Deputy party leader.

The Nyamira Governor honourable Amos Nyaribo has now expressed reservations on his commitment to the Amani National Congress party barely a day after he was offered the ANC Deputy Party Leader's position. During a tour in Ikonge constituency, Nyamira County on Sunday, the Amani National Congress party leader Musalia Mudavadi went on to disclose that Nyaribo was a potential candidate for endorsement as the ANC Deputy Party leader. 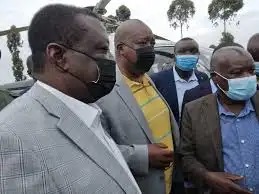 “Amos Nyaribo is the only sitting governor from our party currently. ANC delegates are looking to endorse the governor as one of our Deputy Party Leaders when we convene at our National Delegates Conference (NDC) next Sunday,” Mudavidi stated.

In contrary that however, Honourable Amos Nyaribo yesterday said that he will not follow anyone to the United Democratic Alliance (UDA) party. He also indicated that he is set to reject the position of deputy party leader that ANC leader and its delegates are offering him if it forms an alliance with the Deputy President William Ruto. 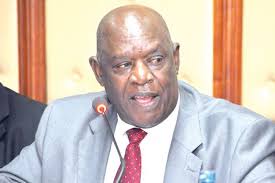 “Importantly, my mind is crystal clear that I will not join the United Democratic Alliance bandwagon,” he stated. This comes following the uncertainty that has reigned in the One Kenya Alliance as Musalia Mudavadi is seemingly warming up for a coalition between him and the country's second in command Deputy President William Ruto. The Nyamira Governor further emphasised that any political decision to be made in regard to Gusii politics must be a collective decision by Interior Cabinet Secretary Fred Matiang’i and other leaders from the region. 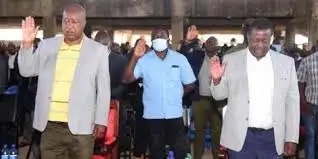 Mudavadi while rallying Nyamira residents to support his political bid stated that the party will make its decision at a later date this month concerning the direction they will take.

“I hope that my party ANC, in its upcoming National Delegates Conference to be held on January 23, will a wise decision which will work to the best interest of our people and our nation,” Mudavadi said. 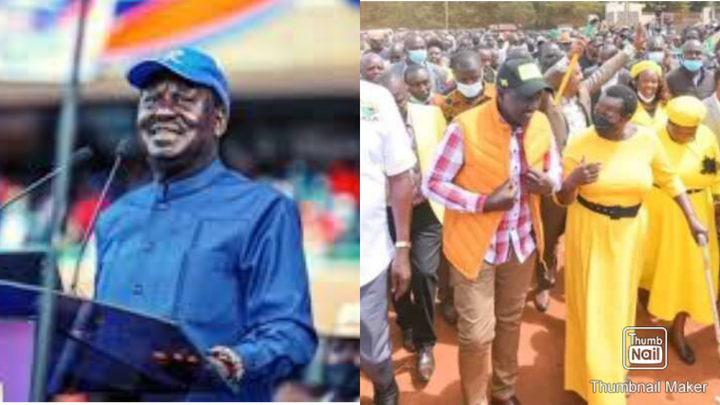 January 23rd will therefore determine whether ANC will join the Azimio La umoja that is championed by Raila Odinga or the United Democratic Alliance party led by the Deputy President William Ruto.