"These are Not my Measures," President Uhuru Kenyatta Tells Off Those Blasting Him 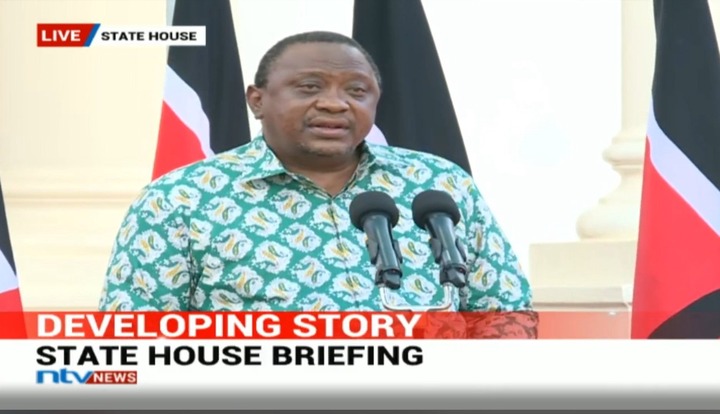 Kenyan Head of State president Uhuru Kenyatta has finally responded to those who have been blasting him over the stringent measures that he introduced a week ago.

The Head of State noted that the measures he announced are not his but were presented to him by the scientists who have been given the role of advising the government on the way forward.

The president noted that he was following instructions saying that Kenyans must obey the protocols presented to them in order to save the country as a whole.

President Uhuru Kenyatta, "The measures that we have imposed are not my measures; they were brought to us by doctors and scientists ... their recommendation was that if we were to stem this virus from continuing to grow, the only thing we can do is to lock down." https://t.co/g26NEhcDKn 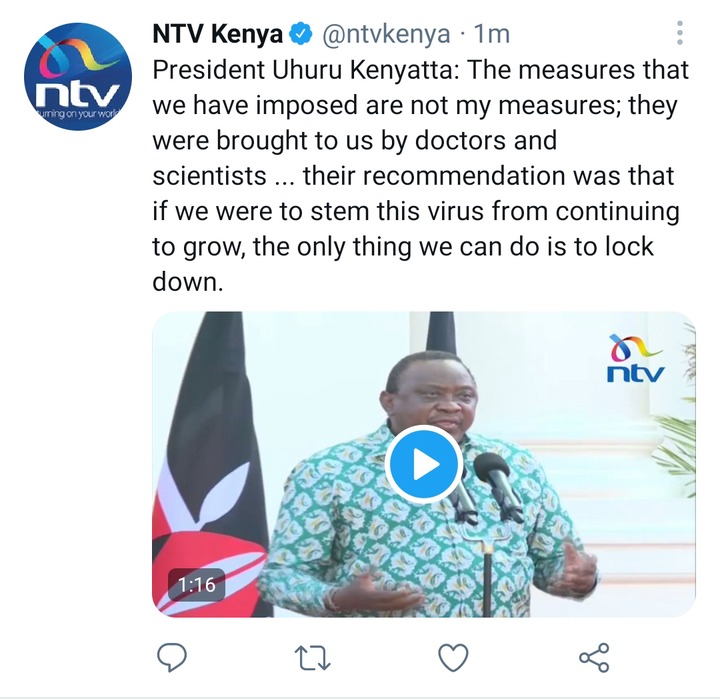 This comes after several Kenyans blasted the Head of State saying that the politicians were to blame for the third wave of the novel Corona virus pandemic in the country.

Several Church leaders have come out and criticised President Uhuru Kenyatta for closing places of worship in five counties which have been declared disease infested areas.

At Kahawa West in Kiambu County, PEFA church Bishop Peter Ambuka on Sunday blamed President Kenyatta and other political leaders for the third wave of Covid-19.