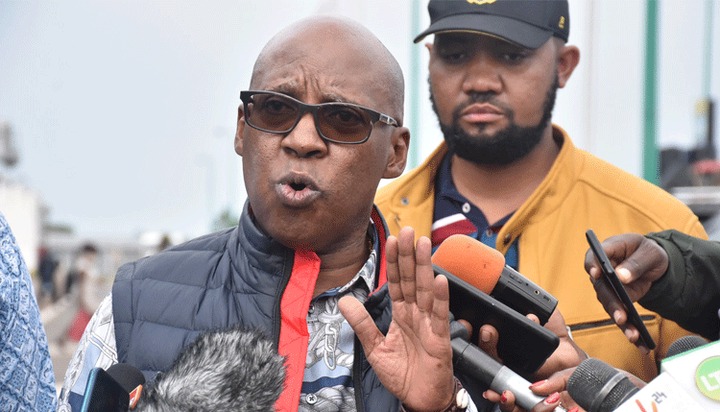 The campaign season has attracted very many players who are now campaigning as the general elections approaches. Jimmy Wanjigi who is a renown business man is in a cat and mouse battle with the police again. He is currently believed to be shielding himself from arrest as he is not sure of the people claiming to be police officers and want to arrest him.

He had previously addressed the media during a briefing saying that he is being sought due to his house political stand. Wanjingi claimed that he is going to be a presidential candidate in the general elections against the will of his party leader Raila Amollo Odinga. He was currently spotted with Kalonzo Musyoka where he said that the Raila moment is now over.

Supporters of Jimmy Wanjigi came in a bus protesting and demanding an address from the police of the reasons behind his arrest. The police have tear gassed the supporters dispersing them.