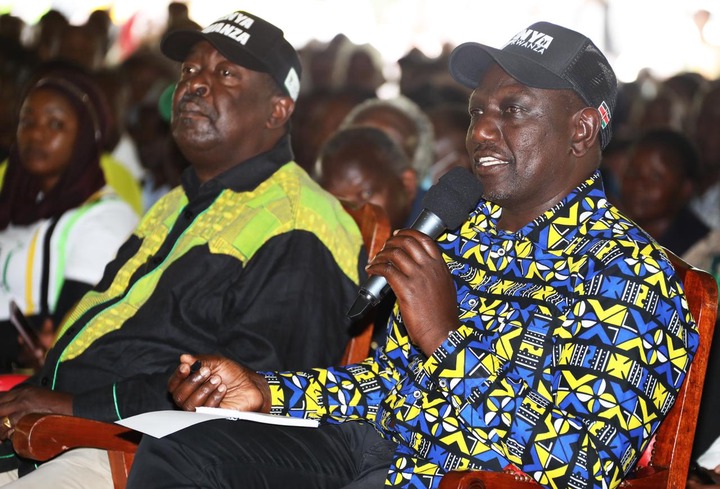 Deputy President William Ruto has now suspended his earlier on planned rally in Western Region, that is Busia County which he was set to visit on Thursday 26th May 2022.

According to reports coming out, the DP will now not hold any rally in Busia mainly to avoid clashing with Azimio La Umoja One Kenya presidential candidate Raila Odinga.

Just with regards to the morning plan revealed by Raila's campaign secretariat Dennis Onsaringo, the Azimio team are set to hold their rallies in Busia County on the very same day that the DP had planned his.

And it may well be known by many, it would be that difficult and somehow dangerous for the two to hold parallel rallies within the same county at the same moment.

And that is exactly what has forced the DP to suspend his for another day. 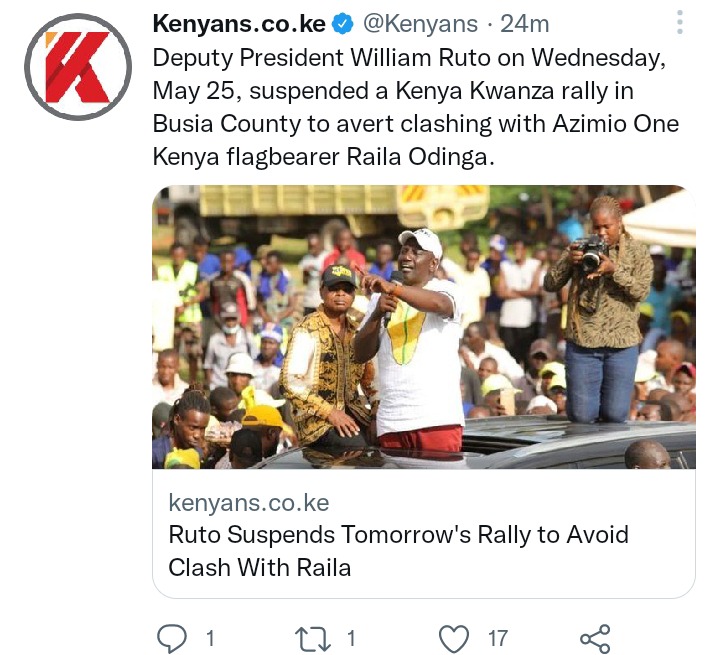 Currently, both teams, Azimio and Kenya Kwanza, have applied a new tactic of splitting their team members to hold rallies in various parts of the country.

Even today, we have seen the DP holding rallies in Coast while his running mate Rigathi Gachagua was hitting Uasin Gishu County as two fellow Kenya Kwanza top principals, Mudavadi and Wetangula, were were making their campaigns in Western Region.

The same happened with Azimio La Umoja One Kenya Coalition team where Raila Odinga and Wycliffe Oparanya were campaigning in Vihiga County whe Martha Karua were in North Eastern.

This is the new strategy which will enable the teams cover almost all parts of the country within a short time as general elections now seems to be getting closer, about two and a half month left.

6 Traits To Look For In A Man

David Murathe, Martha Karua Warns What Will Happen Should DP Ruto Win or be Defeated By Raila Odinga