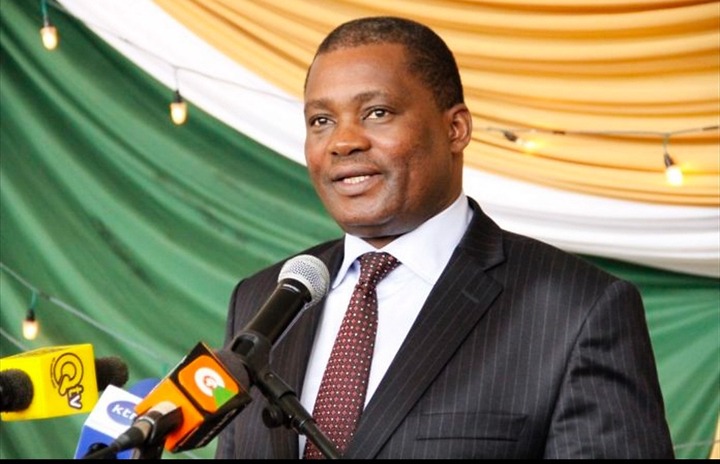 National Assembly Speaker Justin Muturi has blamed President Uhuru Kenyatta for allowing the corrupt leaders to continue staying in Office, saying that He should crack a whip against them since it's the greatest setback and Kenyans are angry about the happenings that has not been fully addressed.

The Legislature Boss revealed that He was once in the Committees that deal with the addressing of Matters of corruption in Parliament and He was very disappointed at the rate at which leaders are looting public funds with confidence knowing they will not be prosecuted. He Said that Uhuru should have cracked a whip and make serious soul searching to ensure He makes His legacy something good.

"I was once one of the chairs of the Committees in National Assembly that dealt with matters of corruption, and we received many files that were not encouraging. Leaders just steal public resources knowing they will compromise the system to their own advantage. Uhuru relaxed and allowed such leaders to do that and Kenyans are very disappointed. He should act and make his legacy worthy. "Muturi says.

Speaking of Jubilee, Muturi claimed that the Party is not as strong as before, because it has not held grassroot elections in the past few months, which makes it less democratic. He says that many of its party officials are just there on interim basis. He however added that Jubilee only supported Him in 2017, not the other way round when people claim that He is very successful because of Jubilee. 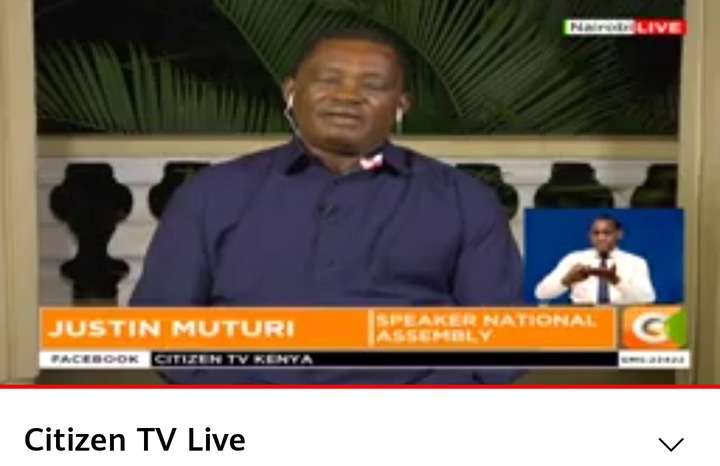 "I can say that Jubilee is not strong like 2017. Now, there are many officials who are not permanent, and they have been reluctant to hold the grassroot elections which makes it's democracy to be less than that required for each member. The Party also supported Me in 2017 only and not from the onset of my Political career as some claim. "He added.

Muturi was speaking in an interview in Citizen while addressing issues surrounding ten Jubilee party and Political heat in the Country, and the Rhumous that Jubilee has been abandoned by the Dp and His allies.

"Haki ni Akili" After the Political Earthquake, See What The Clever Gideon Moi Did

What Is Martha Karua's Next Move After Musalia And Wetangula Joining Ruto?

There Will Be No Power Tomorrow in Many Parts of the Country, Check if Your Place Will be Affected