By Massculini (self meida writer) | 1 months 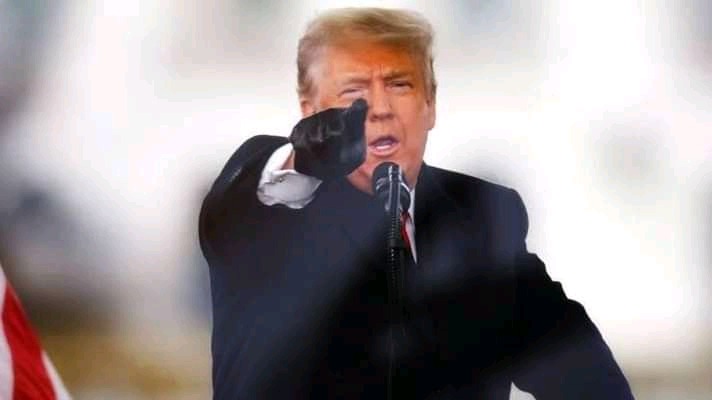 The Biggest Beneficiaries Of [email protected] administration was the corporate America . Him being a corporate Titan , used this opportunity to create a fruitful economic environment which ended up favouring the capitalist more than ordinary people , tax cuts , more corporate freedoms , imposed high tariffs on imported goods enhance fair competition . Bargained for better trade deals which would put American on a fair side of the game etc . [email protected] is the only one person who realised that the trade deals with China was kinda unfair , their tendency of dumping junk on American market and buying nothing in return wasn't really fair . The move to clamp tiktok which was a response to the notion of Chinese government banning American platforms but wanting Theirs to thrive in the same American territory which tend to be a reform. Trade deals should be fair and not one sided .

However all along since he Won elections , the corporate world has been his biggest enemy , they have been using their powers to taint his image using the very owned corporate media outlets . Even tech companies and Social Media joined the crowd to create stunts which would make him a failed president . B-L_M Is a fake stunt sponsored by the l£ftist Corporate Media to paint [email protected] as a [email protected]¢1$t , While part of the fake ¢0V19 [email protected]£m1¢ is another disastrous economic ploy to peel His regime as an economic failure , but all these failed that is why the C0mmun1st went ahead and St0l£ the £lect10ns to install their bafoonish l£ftist puppet .

Remember how the previous [email protected]@k regime sold all the economic power to the east , reducing America from industrial powerhouse to a dumpsite for eastern crap disguised as goods? . [email protected] advocated for the return of all these overseas factories to America so that the American people can get employment . Tramp remains a success in the history of American president but the corporate betrayal will never be forgotten ever .

Content created and supplied by: Massculini (via Opera News )

"Will He Moves To La liga?" Arsenal 'Goal Machine' Targeted By Spanish Giants

Looming Trouble To DP Ruto's Linked UDA As This Is Said Ahead Of Uhuru's Visit To Mt. Kenya Region

'Uwii,' Mange Kimambi Reacts To Tanasha Donna's New Shape Revealing How She Got It

5 most expensive Transfers in 2021 summer window