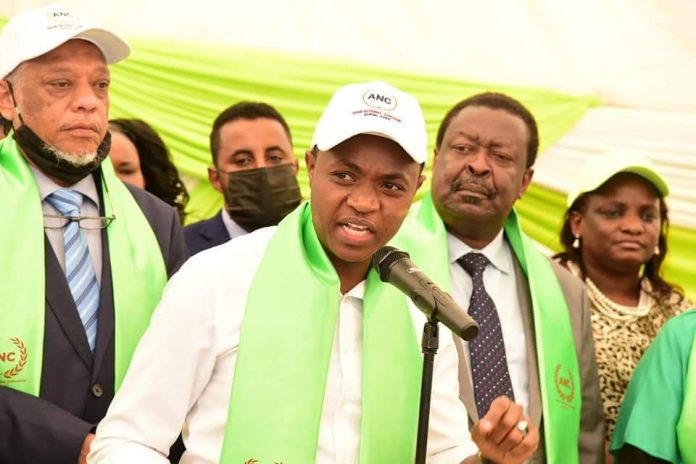 The Amani National Congress party secretary general Simon Gikuru now claims that President Uhuru Kenyatta, is serious about allegations that he was determined to retire from politics alongside the Orange Democratic Movement party leader Raila Odinga.

Gikuru who was speaking on Tuesday in Vihiga during the Kenya Kwanza Alliance rally, that was led by his party leader Musalia Mudavadi, argued that Uhuru's nomination as the Azimio La Umoja One Kenya Alliance Chairman is a gateway to have Raila accept defeat should Deputy President William Ruto win the presidency.

Gikuru claimed that Uhuru knows that Ruto is winning the top seat in the August polls, and that as the Azimio chair, he will be the first to accept the results of a Ruto win, and thus Raila will not cause drama or move to court, thus he will also accept the defeat. 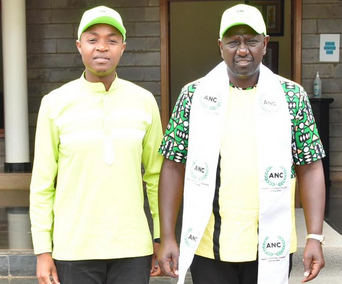 "Uhuru told us that he will retire with Raila, and that is why he is the chair of Azimio. When Wafula Chebukati will announce that Ruto is the next president, Uhuru will be the first one to accept. If Uhuru accepts, then Raila will have no choice, 'hio ndio siri ' that is the secret as to why Uhuru is the chairman of the Azimio camp," argued Gikuru.

Gikuru called upon the residents of Vihiga to vote for ANC party candidates, saying that it is time that other people know that Western Region is a stronghold of ANC.

He further expressed his confidence that Ruto will be elected as the fifth president of Kenya, saying that the whole Mount Kenya Region is behind Rutio's Kenya Kwanza Alliance camp since they do not want to be left in the opposition after the August 9 polls.

End of The Moi Dynasty? Expert Speaks on Gideon Moi's Failure to Defend His Senate Seat

Mutua, "We Do Not Recognize Ruto As President-Elect, Perish That Thought."