By HappeningNow (self meida writer) | 19 days

As the uncertain future sorrounding Jubilee Party continues to unfold, Kirinyaga County Governor Hon. Anne Waiguru is said to be on crossroads on which camp to join ahead of the 2022 general elections.

This has been evident in the governor's recent posts on her political stare where she has been quoted severally dismissing the notion that Mt Kenya region have already endorsed the former Prime Minister Raila Odinga as the preffered presidential candidate as hinted by the party leader Uhuru Kenyatta.

On the other hand, the governor was also quoted saying that she cannot dismiss a possibility of politically working alongside the deputy president William Ruto in the future political dealings.

This shows the governor's dilemma on her allegiance to the two political factions which emanated from Jubilee Party mainly because of the 2022 presidential elections. Following her current political state, cartoonists have coined hilarious caricatures illustrating how the governor is undecided on which political wing to join. 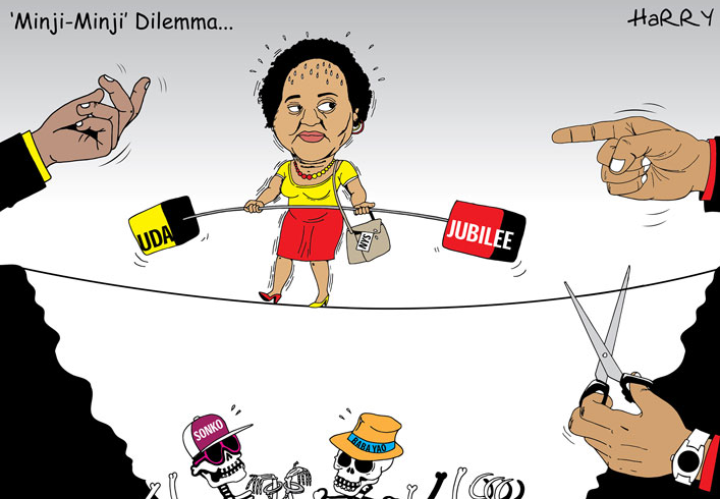 Content created and supplied by: HappeningNow (via Opera News )