Today the IEBC conducted three by-elections in the Country. The first by-election was in the Nyandarua Rurii ward where UDA Candidate Francis Muraya thrashed Jubilee candidate Peter Thinji with over 1000 votes. According to reports, ODM has clinched the Bonchari seat with a narrow margin against and the wife of the former MP John Oroo Teresa Bitutu. The competition on that byelection was at another level. Earlier in the day, the Police were accused by ODM of intimidating their agents.

In Juja By-election, the counting is still going on and the People's Empowerment Party candidate George Koimburi is currently ahead with a huge gap. According to the video doing rounds on social media platforms, a Police officer is caught trying to sneak already marked ballots papers. 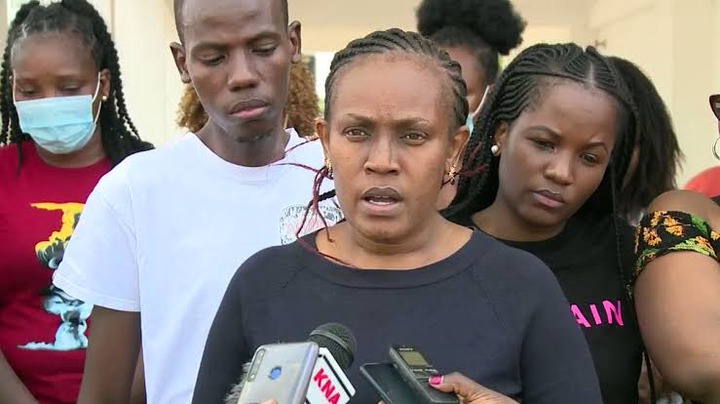 Moses Kuria who was warned about being kicked out of the Party is winning in Juja against President Uhuru. In the latest results that have streamed is that Susan Waititu is currently doing badly even in her polling station.

According to Itumbi, in Mugumo polling Station where the Jubilee candidate and her family cast their votes PEP's candidate, George Koimburi has led with 147 votes against 146 votes. This shows how things are tough for Jubilee Party and they could be rendered useless in 2022. 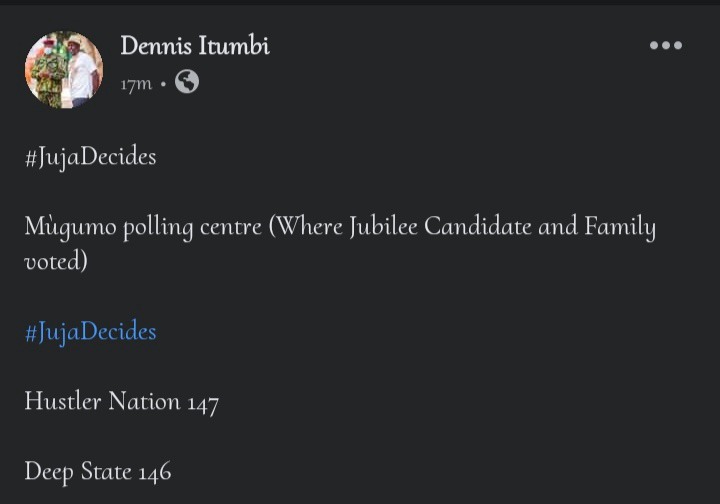 Form 1 Selection: How to Check Schools Candidate Has Been Placed and the Date Form Ones Will Report

What Next For Ruto?DP Ruto Reveals His Hope After Uhuru Reportedly Vows to Support NASA in 2022

Kenyans React As Angry Ruto Fires Back at Uhuru Kenyatta

"Is it Possible to Revive NASA?" Former Cabinet Minister Alleges The Top Leader Who Will 'Kill' it