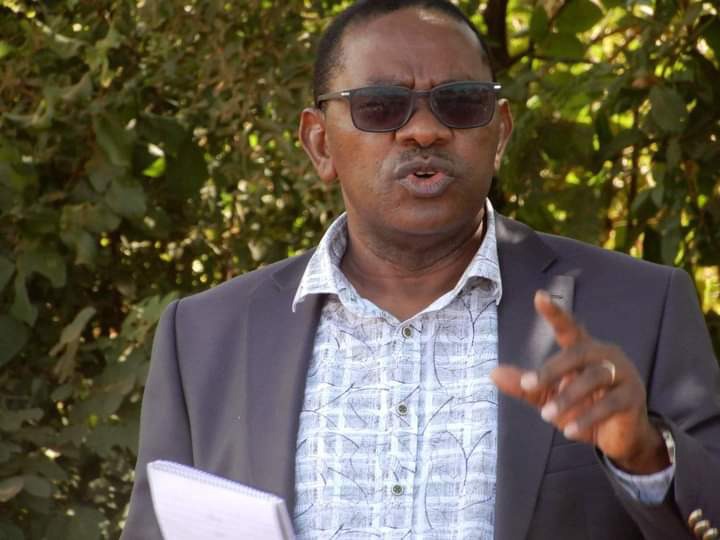 Masinga member of parliament Joshua Mwalyo speaking at a past event(source. facebook)

Masinga member of parliament Joshua Mwalyo found himself in a tight position after residents in Ekalakala booed him.

Mwalyo was among Wiper leaders campaigning for Wiper senatorial candidate Agnes Kavindu in the sub county.

As he spoke the residents ignored him and could be heard trashing him.

The furious lawmaker could be heard stating that he wouldn't give out cash for free.

He went ahead to ask the residents not to vote for him affirming that he would still win even if they doing vote for him.

He added that he was aware they didn't even vote for him in the last general elections.

"You want free cash, just know that I cannot give you free cash no matter where you go," said Mwalyo.

"Don't vote for me, bodaboda guys don't vote and I will still win even in 2017 you never voted for me," he added.

He was then forced to cut short his speech as the people started to shout asking him to let Kavindu address them.

Mwalyo is a first-time member of parliament elected on a Wiper ticket succeeding Itwiku Mbai.

In 2022 he will be facing competition from Lawrence Maingi among other candidates seeking to overthrow him.

The Most Powerful Pick Up Car

How Opera News Hub Saved Me From Post Graduate Blues

Benefits of Opera News to Kenyan Youths, How You Can Make Money Using Opera News App