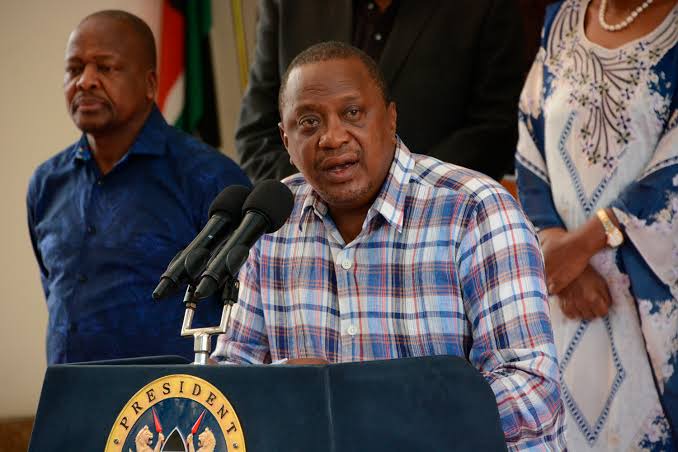 The Kenyan Head of State president Uhuru Kenyatta has been advised to follow the leadership footsteps of his Tanzanian counterpart president Samia Suluhu Hassan.

This comes less than a week after President Samia Suluhu surprised many after firing prominent and influential ministers, many of them close associates of her predecessor, the late John Pombe Magufuli.

In a move that sparked controversy in various forums across the country and across East Africa, President Samia said her move was aimed at "giving enough time and freedom to those who are aiming at vying for political office in the 2025 general elections to campaign." 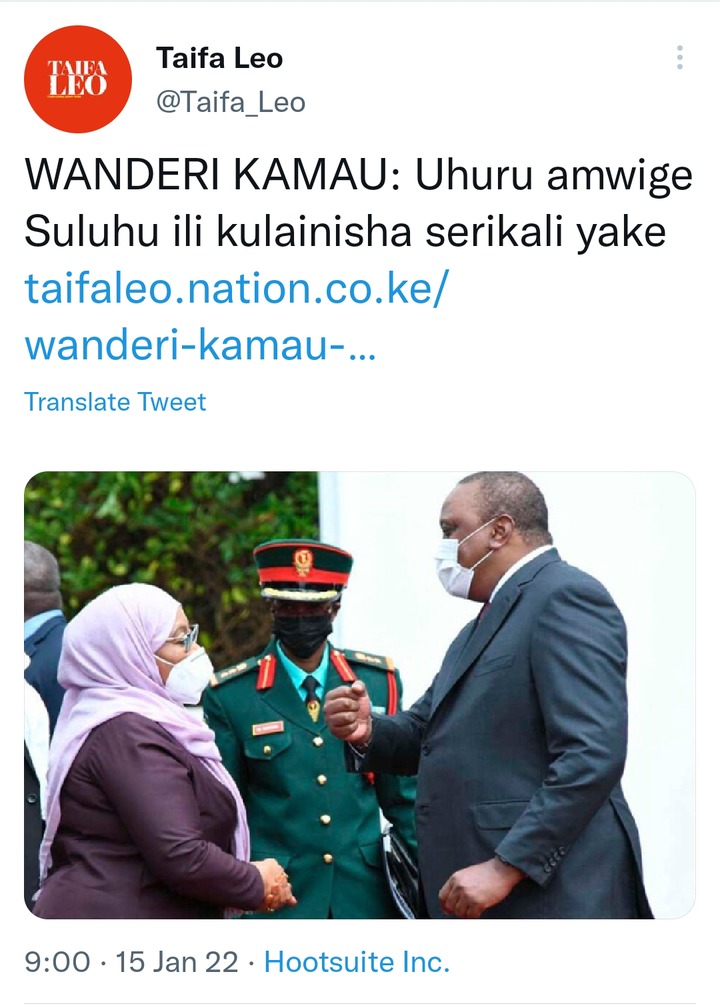 Undoubtedly, that was a very strong political message from that Tanzanian Head of State to the whole world with experts saying that she is no longer an amateur in leadership as she has been taken by many since she took over.

It is also a message that shows that she is a leader capable of making free decisions that are good for her and her government, in order to fulfill the promises made to Tanzanians by Dr. Magufuli.

Analysts say that with three years to go before the election, President Suluhu has no chance of tolerating people who continue their political agenda by using their positions in government.

Clearly, this is a major challenge for President Uhuru Kenyatta; that it is time to take charge of his government, by removing Cabinet Secretaries, their deputies, Principal Secretaries, chairpersons of key departments among others who continue to campaign for the August general election using government resources and the positions they hold.

Although the law stipulates that government officials vying for political office must resign six months before the election, some of them have been campaigning since 2021.

Analysts have since advised that President Kenyatta should imitate President Suluhu by removing campaigning officers while still in government without fear.

Raila's Next Plan After Uhuru's Withdrawal From Azimio's Campaigns Revealed