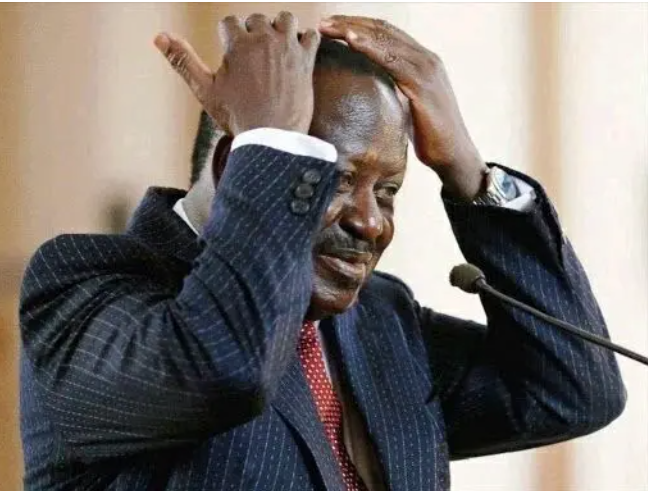 The Azimio La Umoja One Kenya Coalition Political Party and Raila Amolo Odinga, its presidential candidate, have made new accusations regarding new efforts by their rivals to rig the upcoming presidential elections in their favor.

The Azimio group has claimed that Bungoma senator Moses Masika Wetangula planned to collude with the Greek company that obtained the contract to print ballots in advance of August 9 in order to commit some shady deeds before election day. 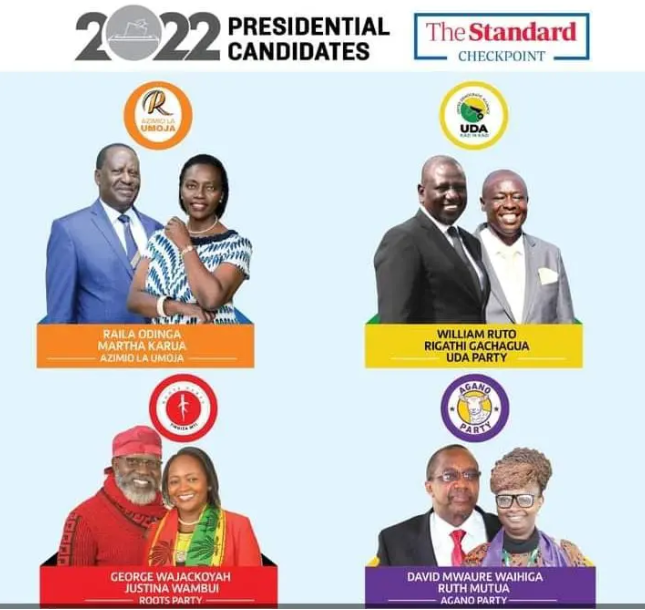 The Raila-led camp has written to investigative organizations like DCI and EACC to delve deeply into the case in order to uncover any shady deeds or tricks that may be forthcoming from specific political quarters.

However, Aden Bare Duale, a Garissa Township MP and a crucial ally of Deputy President William Samoei Ruto, has spoken on this issue and noted that the Azimio formation has just felt defeat and is merely laying the groundwork to reject election results after August 9.

MP, Marsabit Aden Bare Duale: After sensing defeat on August 9, the Azimio formation is laying the groundwork to challenge the results of the referendum. As Kenya moves closer to election day, recent opinion polls have also shown conflicting outcomes regarding the pair's true popularity. 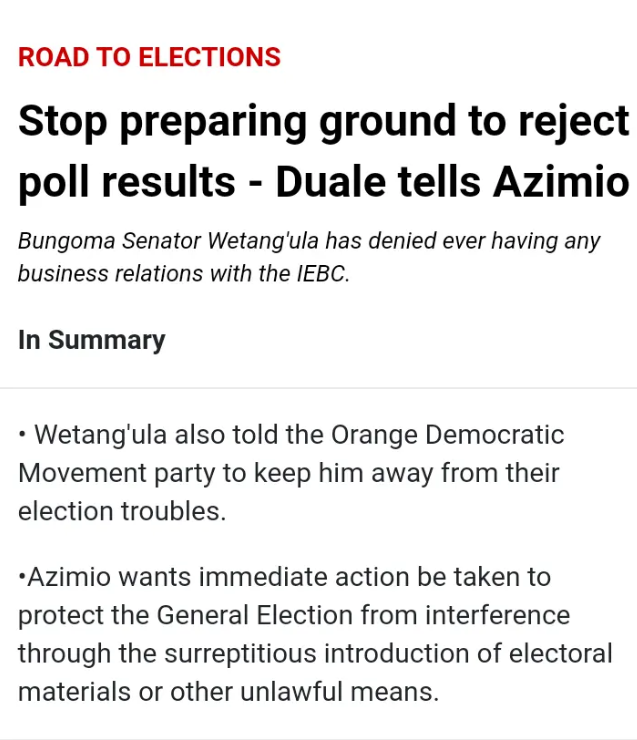 Opinion: Why Successful Women Are Urged To Marry Downwards

Provisional Presidential Results As At 18:00 PM Shows A Closing Gap Between Raila And Ruto