DP William Ruto Warms Up to Receiving Three OKA Principals to His Side? Details Emerge 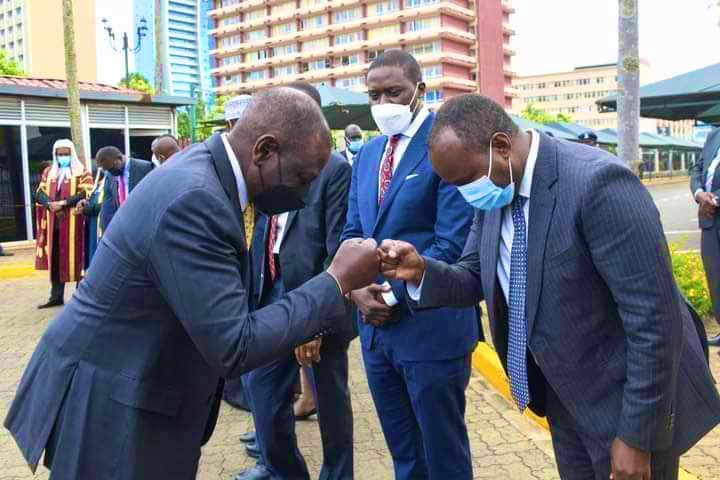 The country is planning to conduct a general election next year in August.Sufficient plans are being made to ensure that the coming general election becomes free and fair.In the last elections,Kenyans have innocently lost their lives after chaos due the bungled elections.

The OKA principals are in the race for the top seat in the country.President Kenyatta and Raila Odinga have been making attempts to bring them on board in the handshake team.However,this has not become successful.Musalia Mudavadi has repeatedly said that they will not be coerced in joining any other party.However,they are yet to have their preferred presidential candidate.

OKA alliance has been in turmoils after rumours of betrayals.Just the other day,Lugari MP Ayub Savula spilt beans about night meetings between DP Ruto and Musalia Mudavadi.This has caused divisions within the party.However,details have emerged that at least three OKA principals are warming up for DP Ruto's side.As reported by People Daily,MP Didmus Barasa has confirmed that in deed night talks have been going on.Mudavadi,Wetangula and Musyoka are the ones who have been mentioned by the vocal MP.Below are the revelations by the People Daily. 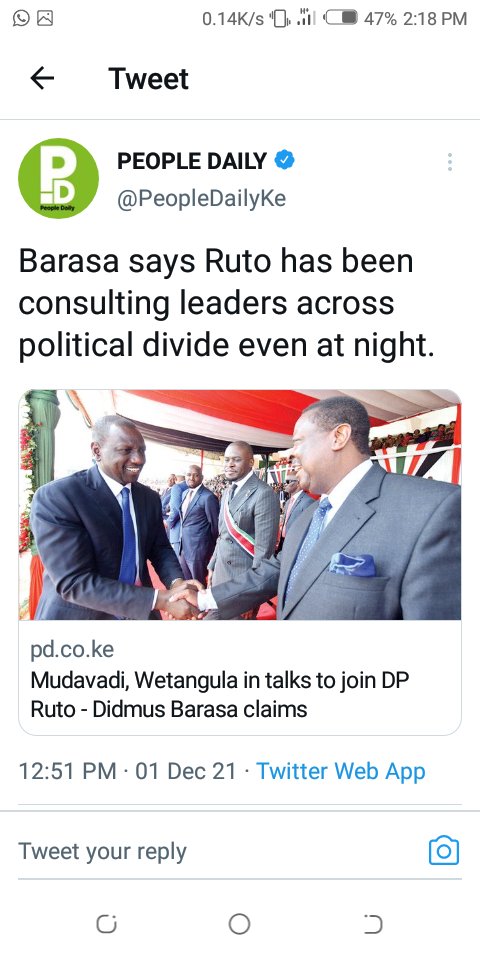 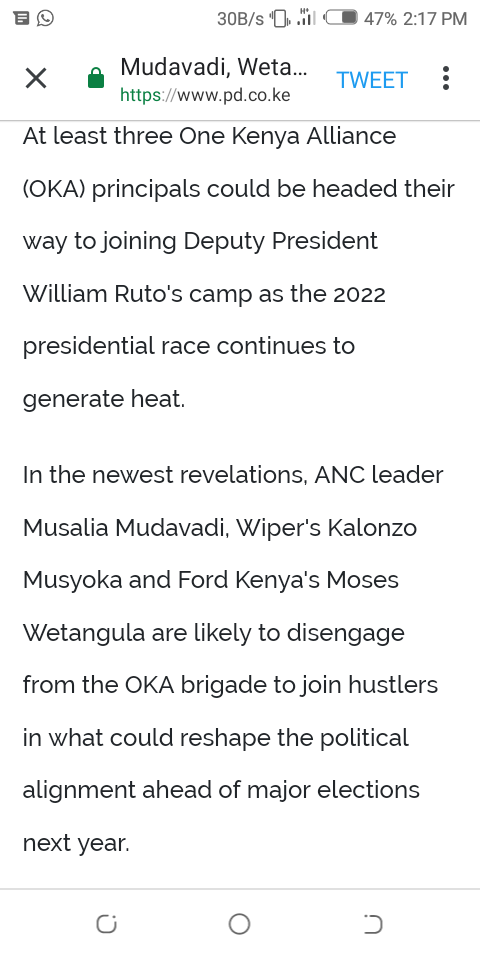 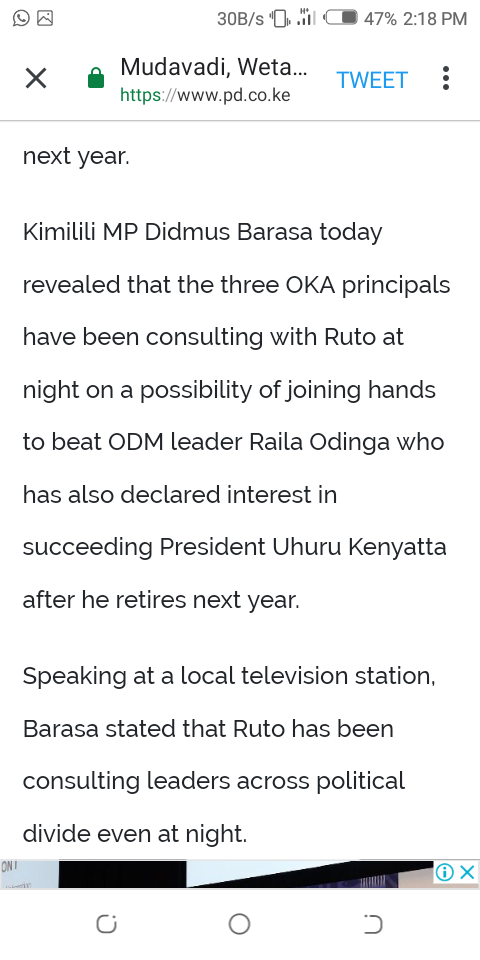 JUST IN: "Don't Arrest Him" Court Orders Police To Stay Away From Jimmy Wanjigi

Wanjigi To Be Arrested Over Alleged Fraudulent Acquisition Of Land

Kenyans Give Suggestions on their Expectations for BBI Supreme Court Hearing