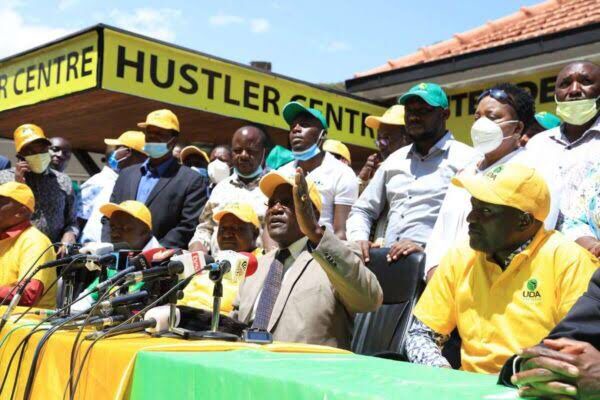 In a news report that has been shared by a reliable source of information, it has been revealed that the renowned General Muhoozi has claimed that it would take his army 2 weeks to capture the whole of Nairobi.

According to the reports given by Muhoozi, he claimed that unlike other countries that believe in the rule of law and other Things, Uganda believes in revolution.

Taking to his different social media accounts to express his opinion on the matter, Renowned United Democratic Alliance party politician, honorable Muthama has called out Muhoozi urging him to stop his wishful thinking.

According to the reports given by the renowned politician, he claimed that Kenya is a united country which can't be intimidated by anyone Or anything trying to cause chaos.

While reacting to his post, kenyans who took to their different social media accounts to express their opinions on the matter have called upon President William Ruto to speak due to the fact that he is the Commander of all armed Forces.

According to the reports given by most Kenyans, they claimed that it is so unfortunate that President William Ruto is yet to speak about this threats. 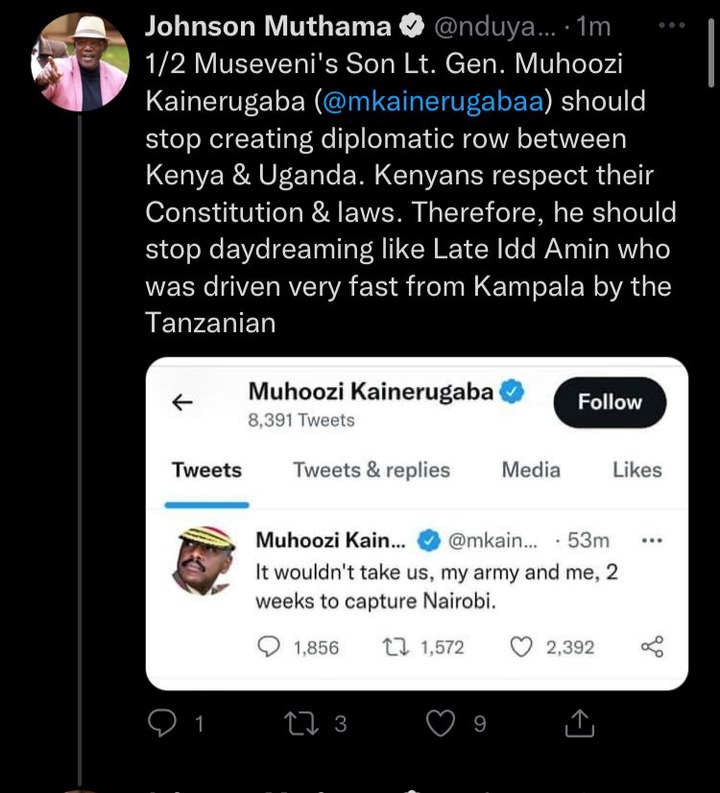