By Finestanalyst (self meida writer) | 23 days

No man is an island.But in this case ANC party leader Musalia Mudavadi is willing to defy the odds. The One Kenya Alliance co principal has been very vocal and firm that he is not willing to settle for anything else than the presidency.In addition,his party members have also been urging him and somehow pressuring him to remain firm with his stand.For Western Kenya,this might be good news but for OKA,this has spelt imminent danger. 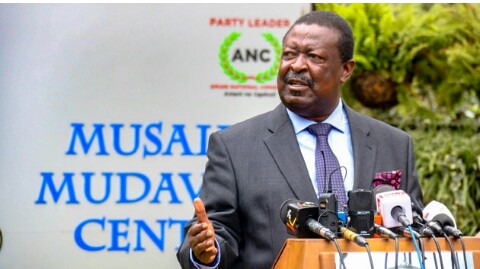 The young coalition has been in the recent past holding closed door meetings with its members trying to figure out the best duo to run for the top two seats. This puzzle seems too difficult to solve since they have not yet come out with the line up that all Kenyans can't wait to see.With the President coming into the equation and holding meetings with the OKA guys and Raila,sources say that they are being cajoled to rally behind Raila which they had previously vowed not to. 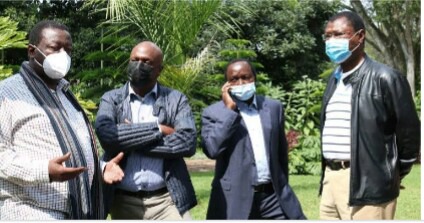 If that was true or not,Mudavadi is the only one who has come out bullish to criticize the media for what he calls propaganda.What is surprising is that no other OKA principal has spoken about this.It is understandable that he has played second fiddle for long but even so,will he succeed if he upholds this rigidity?

Wiper party leader Kalonzo is also facing pressure from Ukambani that he has to vie for presidency but with Mudavadi not willing to relent,will he stand a chance? Wetangula and Gideon Moi perhaps have not been touted to be in the running for the top seats but if they had aspirations to do so,their hopes seem to have been dashed due to Mudavadi.

The other parties will surely feel shortchanged if Musalia is granted the lee way to go for the top seat without opposition.What is giving the other leaders sleepless nights is how to bring Musalia's ego down so that they can have the discussion of the flag bearer.If the situation continues this way,divorce could be knocking on the doors of the young coalition.A solution has to be found now because the clock is ticking and the election is around the corner.