The Independent Electoral and Boundaries Commission, EBC has responded to claims circulating through a letter that a section of the committee didn't want it to pull out from the significant poll team.

The letter emerged on Tuesday, November 30, asserting that some of the commissioners had protested Chebukati's choice to pull out. 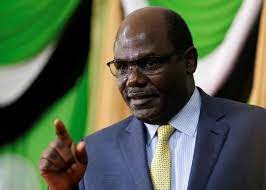 In an assertion shared on Wednesday, December 1, the Chebukati-led commission has dismissed the letter, bearing a signature from Marian Hussein Marian, as fake.

As per the letter dated November 30, the decision to withdraw from the committee led by Chief Justice Martha Koome was not discussed with some of the commissioners who influence such policies.

Chebukati informed members of the National Multi-Sectoral Consultative Forum on Election Preparedness and its Technical Working Committee that IEBC would not conform to the pressure to give up its election mandate mandate as specified in the Constitution. 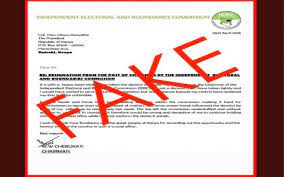 "After consultations and in-depth and critical appraisal of the terms of reference, IEBC, would wish to respectively pull out from further engagement in the activities of the said committee," an excerpt from Chebukati's letter read.

The Four Strong Horses Seeking For Kiambu Women Rep Seat, Who Is Strong To Win It?

Inside Sources Reveals Why DP Ruto Cancelled His Campaigns After Jacaranda Chaos, Disclose Next Move