Sacred Alliance In Dilemma Over The Best Presidential Candidate As the next year general election approaches. The political bigwigs in the country are regrouping themselves behind the scenes to form alliances that will enable them succeed president Uhuru kenyatta. One of the alliance that has already been formed is One Kenya Alliance (OKA) also known as Sacred Alliance.

The alliance is believed to be enjoying the State House backing as evident in a series of meetings they held with the president Uhuru Kenyatta in the state House. 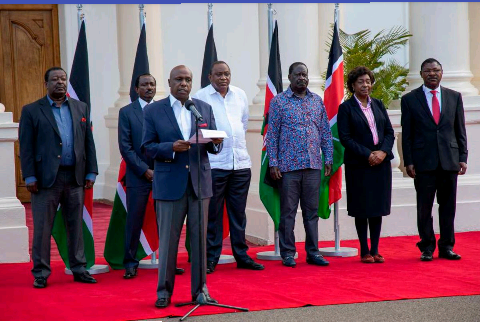 However, the dillema in the alliance is on who will be the best flagbearer in 2022 general election. Both Gideon, Musalia and Kalonzo Musyoka have vowed to be on the ballot paper next year.

When Kalonzo interviewed by Taifa Leo last week, he said it was still early to decide on who was the right candidate. He said the major aim of the alliance was to popularise their manifesto to the people but he views himself as the right person to lead the alliance. 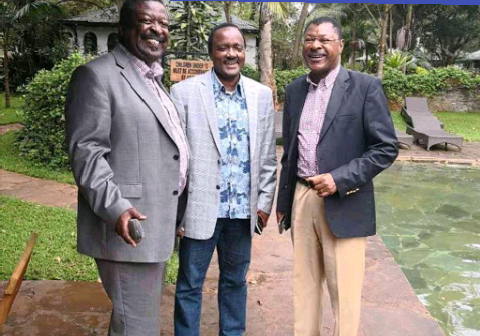 On the other hand, the Kakamega senator who is ANC member said Musalia Mudavadi is the right person to lead the group because of the pedigree he holds.

It was revealed that Gideon Moi financed both ANC,Ford Kenya and Wiper party in the concluded By-Election where they trounced their competitors with the large margin.

The information to the media also indicates that Gideon Moi is the most favorite person of Uhuru kenyatta due to the long political history the two families have. 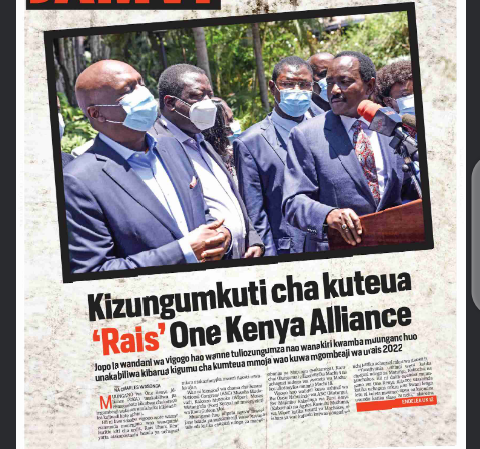 Upto now, the alliance had not announced it's leader.

Whom do you think will lead one sacred alliance ?

Why DP Ruto Shouldn't Celebrate the Court Ruling to Stop BBI Bill, it Could Politically Help Him

"Stopping BBI, Calling President by Name Was Unlawful " Ahmednassir on How Junet Plans to Appeal

"He Has No Capacity To Comprehend Judgement," City Lawyer Lectures Junet Over Stopped Reggae

Atwoli And Murathe In Celebration Mood Despite BBI Troubles