"Give Us Direction, We Can't Leave You Alone" Jubilee Changes Tune on Raila's Countrywide Protests

If asked, the Jubilee Party has announced that it will participate in the planned countrywide rallies by Azmio One Kenya Coalition Party leader Raila Odinga.

Jeremiah Kioni, the party's Secretary General, stated on Monday, December 5, that if necessary, party members will join the public rallies scheduled to begin on Wednesday, December 7. 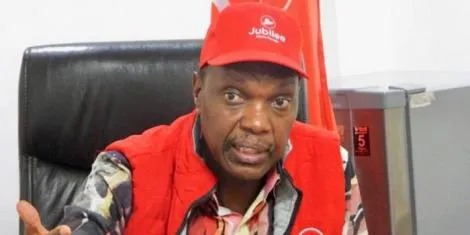 According to Kioni, the former ruling party, along with other Azimio coalition parties, are awaiting Odinga's directive on the meeting's details.

"If we are required to attend a rally as members of the opposition, we will do so." "I am confident we will hear from Raila Odinga," Kioni said in an interview with Spice FM.

Kioni also stated that he would contact Odinga to find out when the rally would take place and what the coalition's next steps would be. 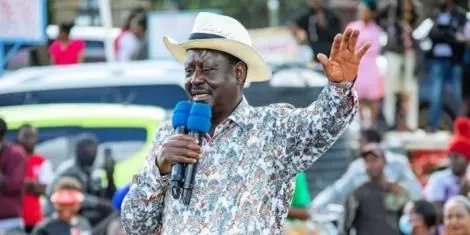 The former President Uhuru Kenyatta's party has changed its stance after indicating on Saturday, December 3, that it would not participate in Odinga's protests.

The Jubilee Secretary-General clarified in a statement that the former ruling party would not participate in Odinga's rallies, which were set to begin at the Kamukunji Grounds.

Furthermore, Kioni lauded Raila's intention to mobilize opposition to Ruto's administration, stating that protests are a critical tool available to the opposition that the opposition chief is effectively employing. 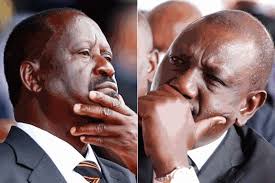 "The opposition has a tool at their disposal, and they should use it when they believe it is appropriate." It's also written into the constitution," he said.

Odinga has called a meeting of his supporters for Wednesday, December 7, to discuss how to hold the Kenya Kwanza government accountable.

He stated that Azimio will hold their first rally at the Kamukunji grounds in Nairobi before moving on to Mombasa, Nakuru, and Kakamega counties.