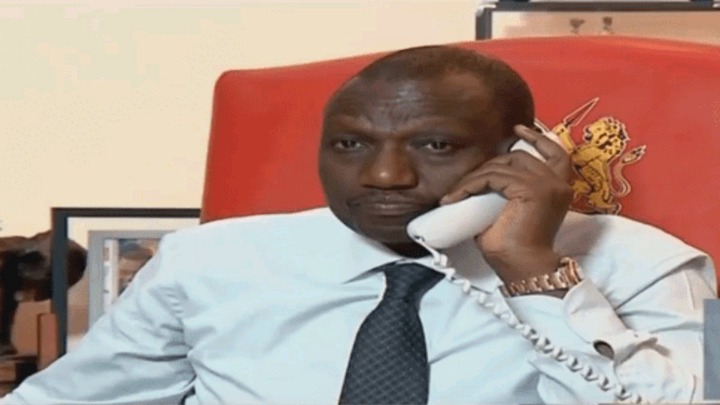 Even as the next general election approaches, President Uhuru Kenyatta and Deputy President William Ruto continue to trade barbs against each other publicly.

Gachagua further asserted that there were orders from above to level allegations claims against DP Ruto, which might have led to an investigation of DP Ruto, but the National Intelligence Service (NIS) urged the DCI against investigating DP Ruto.

"DCI is being used in a bad way.Even some people from above had instructed the DCI to make allegations against Deputy President William Ruto and then probe him. NIS cautioned them, however, that DP Ruto has a great deal of sway and that the country could descend into turmoil if DCI investigates DP Ruto, "Gachagua asserted. 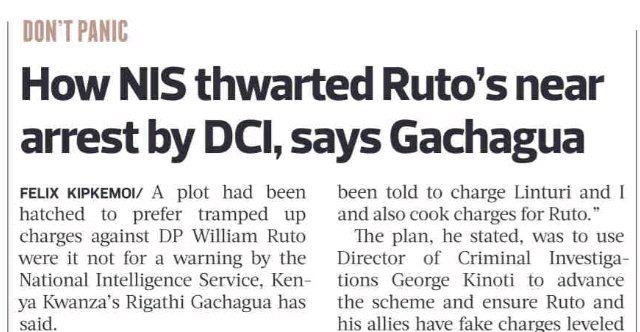 This comes was Deputy President William Ruto's team continues to argue that government agencies such as DCI and EACC are being utilized to intimidate DP Ruto's allies into abandoning him.

JUST IN: Inspector General of Police Breaks Silence After Announcement of Presidential Results

DR William Ruto Shares Details of His Morning Phone Call With Raila, Reveals What They Agreed on