Big Blow As Secretary General Of Jubilee Has Lost The MP Seat To UDA Candidate. 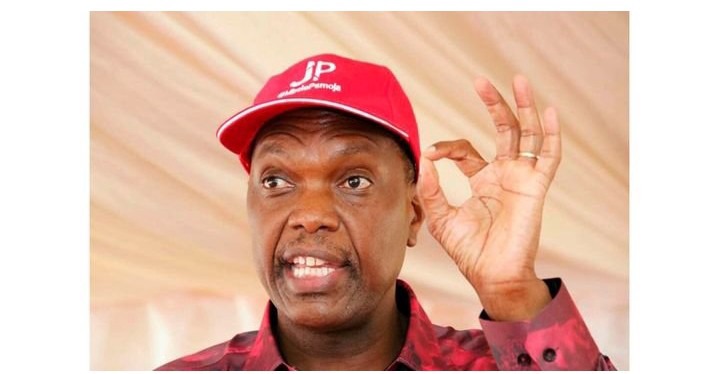 Two of President Uhuru Kenyatta's close allies have suffered losses as a result of the election on Tuesday.

Jeremiah Kioni, the secretary general of Jubilee and a member of parliament for Ndaragua, was defeated for the seat by George Gachagua, a UDA candidate.

Official statistics have not yet been released by the electoral commission. 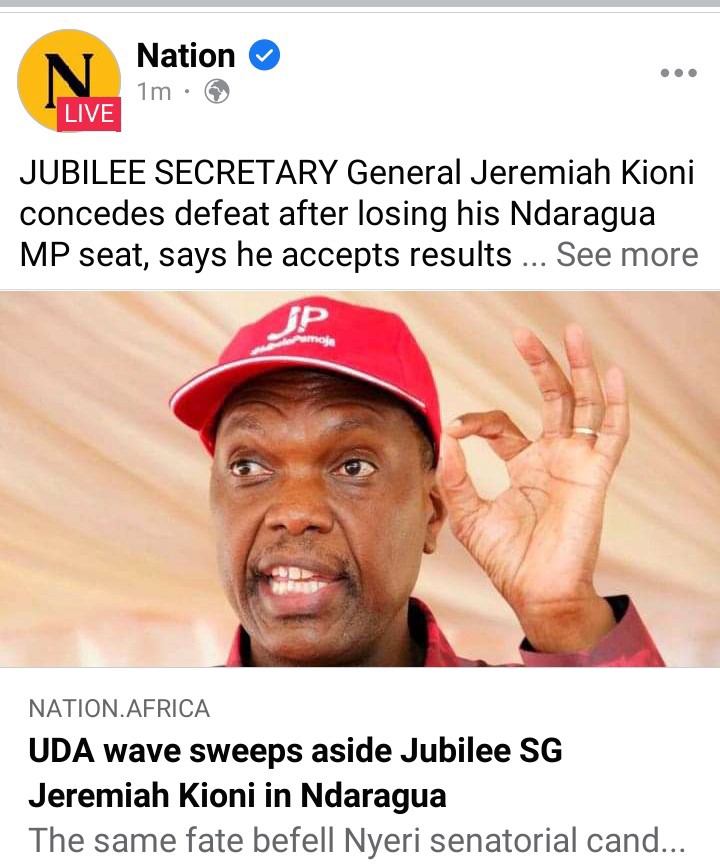 Kioni expressed his acceptance of the result and gratitude to the locals for giving him the chance to serve as their representative in the National Assembly via his Twitter account.

"I accept the outcomes with honor and satisfaction. Greetings to newly elected MP George Gachagua. "I want to express my sincere gratitude to my family, employees, campaign team, and the Ndaragwa community," stated Kioni. 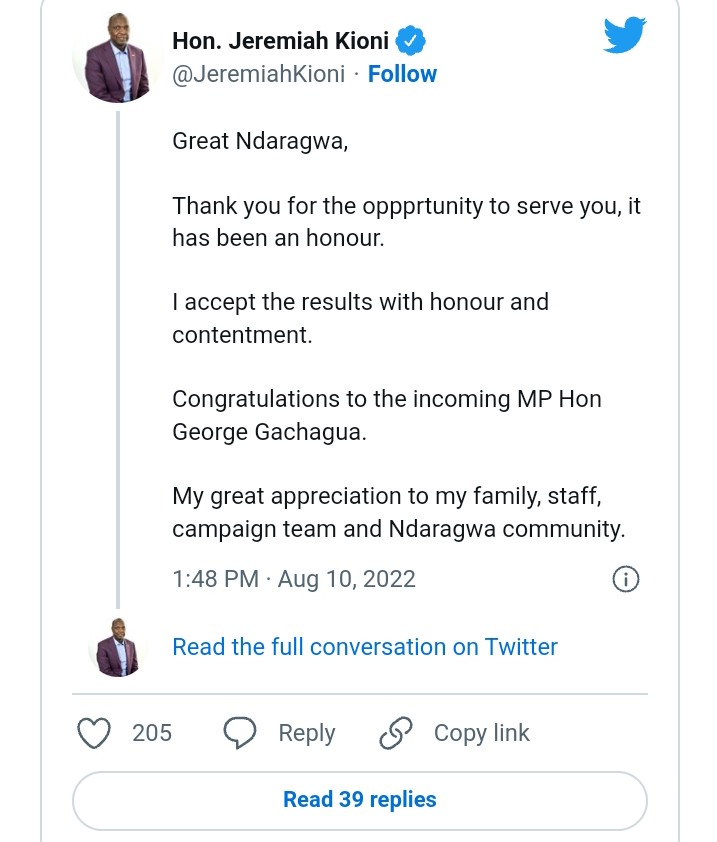 Wahome Wamatinga of the UDA defeated Mr. Kabando for the seat on the Narc Kenya ticket.

Campaign focuses on pro-people policy concerns, such as fundamental needs and rights. The vote has been cast. Now it's my turn to give in, so I do. Thank you to everyone who won. I continue to be actively interested in subjects of PUBLIC INTEREST as usual. Nyeri Asanteni Khato Mbere On Facebook, he posted: "MOLA ATULINDE.

This occurs as losers of various seats in the legislature continue to accept their defeat.

Nixon Korir, a member of parliament for Lang'ata, praised the locals' choice to support Felix Odiwuori, also known as Jalang'o, an ODM candidate.